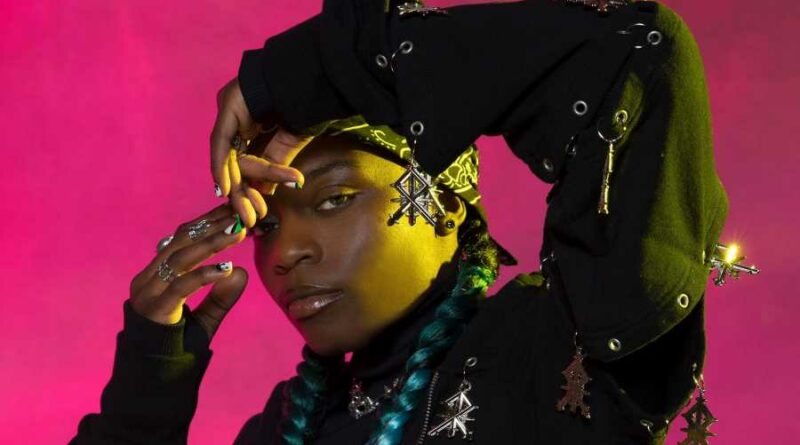 Three years ago, Laria McCormick, the singer who performs as Marzz, found themself in turmoil. The non-binary artist had grown up attending church regularly and singing in the choir, but they were starting to feel a disconnect between their identity and their beliefs. In 2019, they began writing freestyles in the Notes app on their phone. This expression would eventually pay off, serving as inspiration for Marzz’s 2021 breakthrough track “Countless Times.”

“I made the song and was like, ‘I don’t even know how I made this song but this is exactly how I’m feeling,’” they say of the heartbreak anthem, which has racked up more than 3 million streams to date. “This is exactly what I’ve been wanting to say.’”

70 Greatest Music Documentaries of All Time

RS Recommends: 5 Devices You Need to Set Up Your Smart Home

The 22-year-old singer, who was born and raised in Louisville, Kentucky, has been creating music nearly all their life, but it wasn’t until last year’s debut EP Love Letterz — which led to a viral performance of “Countless Times” at the BET Soul Train awards — that their exposure skyrocketed. The song combines an angelic sound with intense emotion, expressed through gut-punch lyrics in which Marzz asks a companion, “What if I give up on us, us, us?/What if I say, ‘Fuck love, love, love’?” Earlier in April, Marzz released a deluxe version of Love Letterz, adding seven songs to the six-track original that explore love, loss, and emotional turmoil.

“Love, you can’t put a price on it,” Marzz says when reflecting on their vision for Love Letterz. “[Songs like] ‘Countless Times’ mean exactly what it says: countless times — take everything as it is.”

The softness of the singer’s voice, which moves between alto and soprano ranges throughout the EP, reflects their shy personality. But the songs’ messaging and abundance of impressive vocal runs command attention. If Erykah Badu, Lauryn Hill, Missy Elliot, and gospel luminaries Kim Burrell and J. Moss combined their artistry in a gene pool, the result might be something like Love Letterz.

But the artist’s initial inspirations didn’t come from the radio.

“My music scene was church-based,” Marzz tells Rolling Stone over Zoom, sitting in a Louisville studio and sporting a pink durag and tie-dyed Looney Tunes T-shirt.

Growing up, Marzz sang in the church’s choir, where their aunt was the First Lady. “I was a soprano and I had a lot of solos,” they say with a giggle. “I would have to sing every Sunday and would have to practice at home and my aunt would be on the phone with my mom saying, ‘She got the song ready for Sunday?’ and I’m just like, ‘Oh, my God!’ It was an everyday thing. I just kind of grew into it.”

Reflecting on this formative period, Marzz begins to croon, “Sometimes you have to encourage yourself …” — the lyrics to renowned gospel legend Donald Lawrence’s 2006 song “Encourage Yourself.”

“That was such a big song for me,” says Marzz. “I sang that at the church’s Easter concert and I started crying because I didn’t know that I could go that deep, you know? It was like a crazy moment for me. I had a spiritual awakening and felt the Holy Ghost. It was really dope to go through that whole experience.”

Marzz’s style is influenced by their church-based beginnings and the R&B songs they heard as a pre-teen. Marzz names artists like Mary Mary, the Clark Sisters, Donnie McClurkin, and Marvin Sapp as touchstones but their all-time favorites are Kierra Sheard and J.Moss, gospel singers known for their intricate vocal styles.

“I studied them,” they explain. “J. Moss was crazy with the runs — like, my ears would melt hearing him, and the Clark Sisters [Sheard’s mother and aunts] was just a powerhouse.”

Growing up, Marzz remembers listening with laser-like focus. “I could hear little instruments, little snaps and stuff that people really pay no attention to,” they say. “And every time I would listen to them, they always had a signature run and it was just flawless, breathtaking. That elegance and power — I just wanted to discipline myself and ace that and put it in my music.”

When Marzz hit middle school, they started seeking out more secular music and writing music on their own. Meanwhile, their parents were divorcing.

“I didn’t really introduce myself to [other] music until maybe middle school and I gravitated towards R&B — love songs and heartbreak,” Marzz says. “My mom and dad were going through a divorce. I was still finding out who I was and wanted to be, and really my only outlet was writing songs. I didn’t have friends growing up, and I wasn’t a verbal person. In order for me to talk to somebody, I’d have to write it down in a notebook because I was so scared to talk to them. I was going through a lot. I was in a relationship that I couldn’t really figure out what I wanted [in] because I was struggling with the church judging me and who I wanted to be, being comfortable in my own skin.”

Coming out as queer and gravitating toward secular music put Marzz at odds with their religious community. But they found acceptance elsewhere. Choosing a stage name that celebrates the craggy surface of the planet Mars, the singer began uploading covers to Instagram, as well as original tracks. Out of the blue, super-producer Timbaland DM’d them, complimenting their “pengame,” and a collaboration followed, resulting in hybrid R&B/hip-hop masterpieces like Love Letterz track “Cleopatra.” That song, on which Marzz’s singing turns into rapping, demonstrates the artist’s still-expanding potential.

When talking about the revamped Love Letterz, Marzz sounds ecstatic — energized by the finer details of the creative process.

“My most favorite song off of the album is definitely ‘Stargaze,’ because when I hear the beat, it messes with my synesthesia — where I can see colors from listening to beats. … That song just makes my ears tickle, it gives me so much joy,” says Marzz. “My most challenging song would have to be ‘3rd Eye View,’ just because it’s a mental thing, and putting metaphors into a song. It was hard doing the wordplay, and I’m a songwriter — I overthink a lot because I want to make sure that people understand why I said certain things the way I did.”

Though their creative journey has taken Marzz far from their original religious path, they still feel deeply in touch with their faith.

“I haven’t been to church in five years,” the singer says. “I’ve just been really staying to myself and really loving myself and building my own relationship with God. I don’t feel like I have to be in a church building to love God or to be loved by him. It’s really just about me making sure that I’m right within.”