Between the Beatles’ first UK single in 1962 and the band’s breakup in early 1970, the band had an unmatched run of success. Every new album was basically guaranteed to hit No. 1, and their singles had nearly the same odds of success.

Sgt. Pepper’s Lonely Hearts Club Band (1967) hammered that point home. The success of the album, which included the epic “A Day in the Life,” suggested that fans would follow the Fab Four wherever their musical experiments might take them. It ruled the Billboard charts for 15 weeks.

That confidence showed when it came time to shoot the Magical Mystery Tour film. After spending nearly five months working on the Sgt. Pepper album, the band was content to run with some vague blueprint inside the mind of Paul McCartney.

If you know anything about the film’s reception, you know that wasn’t good enough. In fact, the Beatles can-do-no-wrong streak ended suddenly when Magical Mystery Tour aired on the BBC the day after Christmas. It was a bona fide flop.

The Beatles didn’t have anything resembling a script. 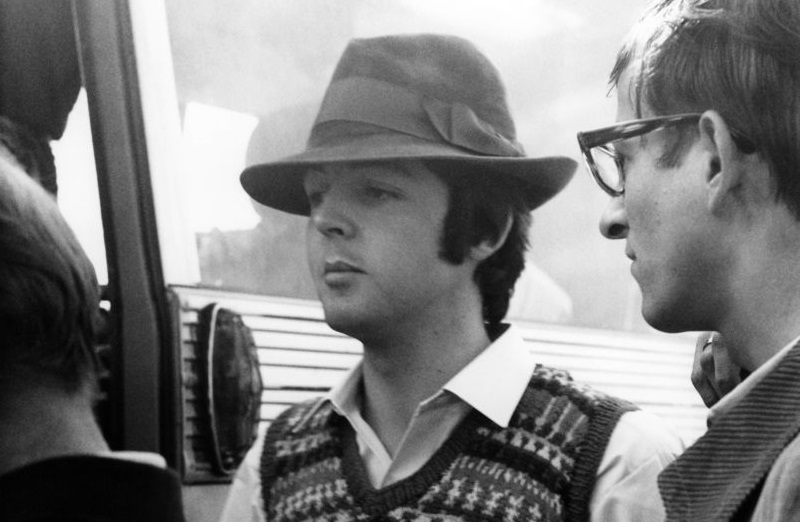 In the run-up to the Magical Mystery Tour shoot, everyone wanted to know what the Fab Four had cooked up. Would it be something fast and fun like A Hard Day’s Night? Or possibly something featuring the exotic locations of Help!?

It turned out to be neither. In fact, the band members went into it with little idea of what they wanted to do. “We haven’t got a script yet,” John Lennon said cavalierly before the shoot. “But we’ve got a bloke going ‘round the lavatories of Britain, cribbing all the notes off the walls.”

In Anthology, Ringo described the very loose pre-production feel. “Paul had a great piece of paper – just a blank piece of white paper with a circle on it,” he recalled. “The plan was: ‘We start here, and we’ve got to do something here…”

Clearly, the concept wouldn’t have sounded promising to any experienced filmmaker. But The Beatles weren’t working with Richard Lester — who’d directed their first two films — this time around. The Fab Four themselves handled directing duties. And it got a bit messy.

BBC viewers had no clue what they were watching. 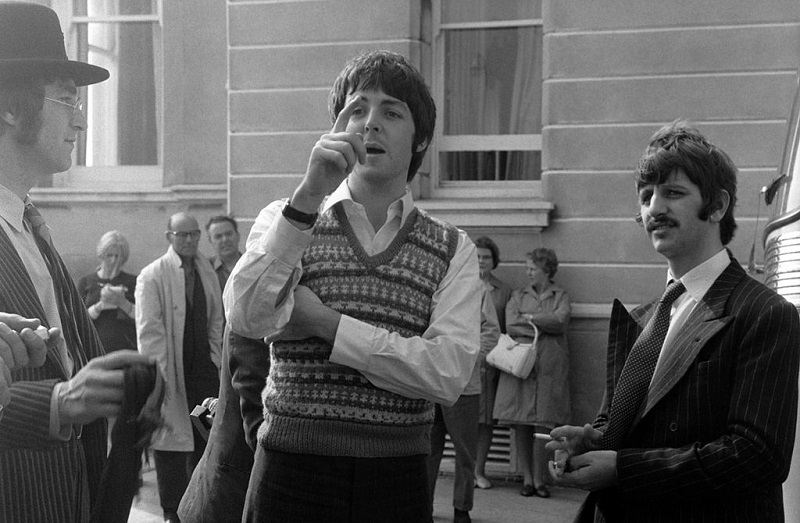 While the preparations for Magical Mystery Tour were on the haphazard side, the finished product wasn’t for everyone. It was mid-’67, and The Beatles were in full psychedelia mode.

Rolling through the English countryside in a van modeled after Ken Kesey’s Merry Pranksters bus, the Fab Four would stop to stage freak-outs to tracks like “I Am the Walrus” and “Blue Jay Way.”

But while everything was colorful in the Pranksters’ style, the film landed on the BBC for Boxing Day (December 26) 1967 in black and white. Combined with the subject matter and loose style, the reception was dreadful.

If you enjoy reading insults from film reviewers, you’ll have a field day with the Magical Mystery Tour notices. “The whole boring saga confirmed a long held suspicion of mine — that The Beatles are four rather pleasant young men who have made so much money that they can apparently afford to be contemptuous of the public,” read the Daily Express review.

Others simply called it “a disconnected piece of nonsense” or, more curtly, “piffle” and “rubbish.” BBC viewers were on the whole appalled by the film, and let the station know about their feelings. It was so bad Paul went on TV the following night to apologize — though not without some bitterness.

“You can’t say it was a success, you know, ’cause the papers didn’t like it,” Paul told David Frost. “And that seems to be what people read to find out what’s a success.”