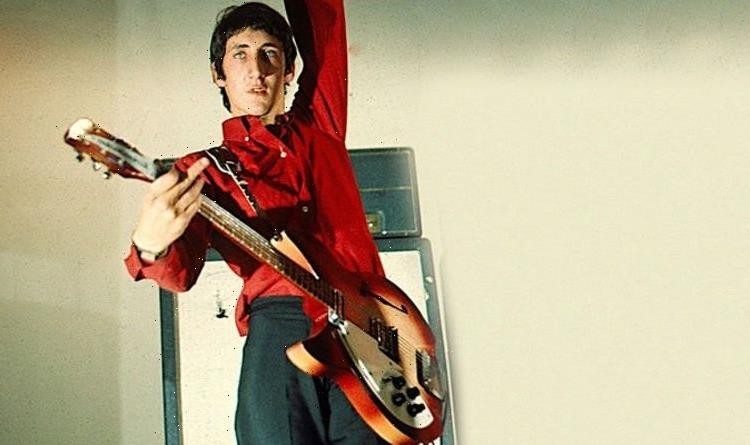 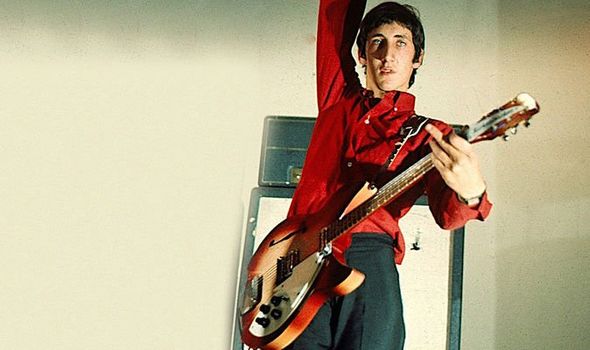 They have come to symbolise teen rebellion, equally at home playing angry anthems as heart-wrenching love songs. They’ve been worshipped, coveted… and smashed or set fire to on stage. Some cost millions, others just a few pounds. And almost anyone can play, though it takes talent to do it well.

Now, as the Rickenbacker electric guitar turns 90, a new book has revealed how one of the pioneers of the iconic instrument died penniless having lost his fortune and ended up on a chain gang after putting his life savings into its development. Yet as he sank into poverty, his creation soared into legend.

The Beatles revolutionised pop music with John Lennon’s Rickenbacker, while The Who’s Pete Townshend infamously smashed his to bits on stage. Mancunian rockers Oasis split up after Liam and Noel Gallagher destroyed each other’s beloved guitars.

Author Martin Kelly told the Daily Express: “I think there should be a TV programme like Mad Men about the history of the electric guitar ‑ there are so many fascinating characters.”

The story began when Los Angeles businessman Ted Kleinmeyer, who had inherited an eye-watering sum of money aged 21, helped fund his cousin George Beauchamp’s designs for the electric guitar in the early 1930s.

Kelly explained: “Music was booming as part of the Roaring Twenties. It was getting louder and more powerful, typical of the mood of, ‘We want to be bigger!’ after the First World War. Kleinmeyer was a classic Great Gatsby character, with loads of money and a lot of flunkeys around him.”

Eventually, he sunk the modern equivalent of millions of pounds into Beauchamp’s design ‑ only to fall out with his cousin’s other investors and lose his fortune.

By the time of the Second World War, Kleinmeyer was bankrupt and sentenced to work on a chain gang. “Kleinmeyer was always in trouble,” says Kelly.

The design was eventually manufactured by Austrian businessman Adolph Rickenbacker in 1931, who gave it his name.

“It should really be called the ‘Beauchamp’,” insists Kelly. “But Rickenbacker had the money and, as Beauchamp admitted himself, ‘Rickenbacker’ is easier to pronounce.”

Part of the appeal of the guitar to generations of music lovers has been its enticing design, but Beauchamp’s early guitar looked nothing like the sleek, curvy models used by later musicians.

In Rickenbacker Guitars: Out Of The Frying Pan Into The Fireglo, Kelly tells the history of the first electric guitar manufacturers, whose popular brands include the Rickenbacker Fireglo.

He explains: “The first electric guitar in 1931 was known as ‘The frying pan’ ‑ that’s how it looked. For the first 20 years, electric guitars were somewhat clunky.”

That changed when Leo Fender, head of rival guitar firm Fender, patented his Fender Telecaster in 1950. It’s a guitar still used by rockers today, but Kelly reveals: “When it first went on display, rival guitar makers laughed at Fender. They believed Leo had gone too far with the Telecaster, thinking it just looked like a plank of wood.”

Yet once it caught on with musicians, the electric guitar was revolutionised.

Other famous models, including the Gibson Les Paul, Fender Stratocaster and Rickenbacker Rose-Morris, arrived within a few years.

“No guitar could be played in such a powerful way before the 1950s,” explains Kelly. “The electric guitar provided the tools from which rock’n’roll was staged. It made a revolution possible.

“Guitars look amazing too. They’re such iconic designs, a classic marriage of form and function. It’s no wonder some people romanticise electric guitars in the same way others do cars and motorbikes.”

The world’s most expensive guitar is a black Stratocaster used by Pink Floyd’s David Gilmour on many of their classic songs, including Comfortably Numb, Money and Shine On You Crazy Diamond. It sold for £3million at Christie’s in 2019.

Models associated with big stars continue to command vast sums. In April, a Hagstrom Viking II electric guitar that Elvis Presley used on his ’68 Comeback Special TV performance sold for nearly £472,000 at auction in the US.

Ironically, the most valuable mass-produced guitar ‑ the 1958 Gibson Explorer ‑ is so expensive because it was a commercial disaster.

Kelly says: “It looks like a lightning bolt and only 36 were ever made. Now, just 19 are known to exist and it’d cost £750,000 if one comes up for sale. It was a total flop, a catastrophe Gibson tried to bury.”

Kelly’s own favourite guitar is the Rickenbacker Rose-Morris, most famously played by Pete Townshend of The Who.

Townshend is known for smashing his guitars to pieces at the band’s shows, but Kelly believes the musician only broke seven on stage during The Who’s 1960s concerts.

Kelly says: “Seven guitars doesn’t sound many, but those Rose-Morris guitars were expensive. It’s the equivalent of Townshend getting through three years’ wages, which is extraordinary for a 19-year-old to do in the name of showmanship.

“Some guitarists think Townshend was a vandal for breaking them, but he doubtless sold Rickenbacker way more guitars to musicians who thought it looked incredibly cool.”

Buck yearned to buy a Rickenbacker, telling the Daily Express: “The Beatles, The Who and The Byrds played Rickenbackers, so to me it seemed like the ultimate rock ‘n’ roll guitar.

“But when I started to play guitar in the 70s, I don’t recall ever seeing one. You just couldn’t find them in the south of the United States, where I grew up.”

“In 1981, as R.E.M. were starting out, Buck finally bought a black Rickenbacker Jetglo 360, after his first two guitars were stolen. He still cherishes it, having played it on every R.E.M. album until the band went their different ways in 2011.

“I was pretty arrogant in the R.E.M. days,” laughs Buck. “When we first started getting money, I’d go to guitar shops and think, ‘Who the hell would pay $4,000 on an electric guitar?’

“My view was, ‘I’m a working musician. I go out and bang on this guitar, there’s blood on it and I’m wearing it away. Who needs more?'”

Buck was naturally devastated when his beloved 360 was kidnapped during an R.E.M. gig in Finland in 2008.

It was stolen by an associate of the band, who demanded a ransom of one million euros. Incredibly, it was eventually retrieved following the intervention of a Finnish biker gang.

The guitarist recalls: “It was an inside job and I was furious. While our legal team were working it out, some fearsome fellows were riding around on motorbikes, explaining to people we thought connected to the theft, ‘Somebody knows something and we’re going to find out’.” And find out they did.

Buck, who now plays in the bands Filthy Friends, The Baseball Project and Luke Haines & Peter Buck, adds: “We explained to the idiot who stole the guitar, ‘If you “find” this guitar, you get to be the good guy and you can have 10,000 euros. But if you press on, that’s extortion and you’ll get up to 30 years in prison’.

“He took the 10,000 euros. When I got it back, I felt bad about that black Ricky for a few days. I had to play it and sweat on it again, as I’d been thinking, ‘Some real scumbag has held this for a week’.”

The guitarist now owns “plenty” of guitars, joking: “I’ve paid more than $4,000 for some of them – though not much more.”

One of Oasis’ early tours was supporting R.E.M., and the Gallagher brothers’ long feud finally climaxed in 2009. Oasis split when ‑ according to Liam ‑ Noel broke a guitar Liam’s then-wife Nicole had given the singer for his 40th birthday.

Liam took revenge by breaking Noel’s favourite guitar before a festival in Paris.

According to Martin Kelly: “Smashing a guitar is the ultimate ‘I’m ****ed off’ statement. The way Oasis split was definitely a rock ‘n’ roll statement.”

According to Buck, the differences shouldn’t matter. He reasons: “I love Rickenbackers because they’re so versatile. They’re perfect for the way I play guitar. But I can get a good Rickenbacker sound out of most guitars.

Kelly, who owns more than 100 guitars himself, sees no reason why the guitar can’t dazzle for another century.

He adds: “As well as the Telecaster, the only other factory-made item that hasn’t changed its design in so long is the AK-47 machine gun.

“And I’d hope the Telecaster lasts longer than a machine gun.”

Rickenbacker Guitars ‑ Out Of The Frying Pan Into The Fireglo by Martin and Paul Kelly is out now in softback and super deluxe editions, available exclusively from www.phantombooks.com