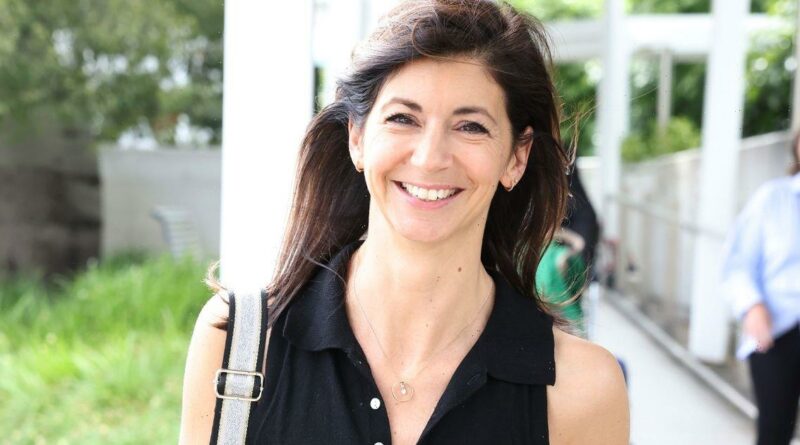 Matt Hancock’s girlfriend Gina Coladangelo is “not mingling” with the rest of the I’m A Celeb families, according to reports.

The former parliamentary aide landed in Australia earlier this week but is understood to be keeping her distance from the other celebrity’s families while they all get to know each other.

Gina has been spending time alone at the swish five-star JW Marriott hotel in Surfers Paradise, on Australia’s Gold Coast.

However, Gina, who shot to fame by kissing MP Matt in his office and breaking Covid rules, is apparently not winning them over and has been spending her time sunbathing away from the others.

A source said: “It’s strange that she’s rarely mingled with anyone else so far."

The families are staying at the swish five-star JW Marriott hotel in Surfers Paradise, on Australia’s Gold Coast.

Earlier this week, the businesswoman broke her silence on boyfriend Matt’s performance in the Aussie jungle as she landed in the country.

The 45-year-old flew business class and was met by an ITV staff member at departures as she got to see to greet her beau.

Gina told of her pride at how he is doing in the jungle, telling reporters: "I have been watching the show, it would be difficult not to be impressed, he has done really well."

When asked about him taking on the trials, she said: "He is made of tough stuff, it is hard not to be impressed. But it is good they are sharing them around now."

When asked if she has been missing him, she smiled and nodded, saying: "Obviously yes I have missed him."

Matt had often been quizzed by the campmates on the show about his behaviour with her after the pair had a sordid affair caught on camera.

Acknowledging the dynamic in the camp, she added: “They all seem to be getting on OK."

Asked what she thought of the reaction around Hancock controversially going onto the show, Gina declined to comment and then got into a waiting car.

After leaving the airport she was expected to head to W Marriott Gold Coast Resort and Spa where the friends and families of contestants are staying this year.

Gina is flying with Singapore Airlines, known to be one of the most luxurious in the world and her business class flight is believed to have cost over £11,000.

It is believed that ITV offers to fly one family member and friend to Australia via business class, giving them the full celebrity treatment.

Matt hit the headlines when he breached social distancing rules after the pair were caught kissing in his ministerial office last year.

The passionate clinch marked the end of Matt's 15-year marriage to ex-wife Martha, with whom he shares his three children.

Matt confessed to his campmates last week to “falling in love" with the mother-of-three.