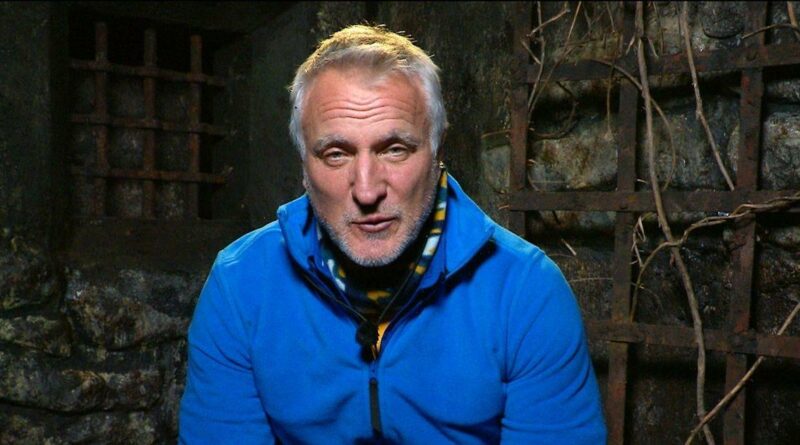 I'm a Celebrity star David Ginola has admitted he has a fear of beasts in the water.

The ex-Spurs ace said he has had nightmares about “being eaten by a shark” ever since watching Jaws as a kid.

David, 54, confessed: “Even footballers who have conquered their mental frailties on the pitch might need some help to get over their phobias off it.

“At some point in my life I am determined to confront the one phobia I have.

“It frustrates me because I love water, I love swimming and I love the underwater world – but I am obsessed with one thing. Sharks.

“I wake up in the night sometime sweating, after dreaming I am being eaten by a shark.

“It all stems from when I was 12 and I went to see the film Jaws.

“I wasn’t allowed to go but I crept out of the house without my parents’ permission and went to the cinema with some friends.

“The film really had a deep affect on my mind – now fear of sharks has become a phobia that I cannot shift.

“The death I fear most is not being drowned, but being eaten by a shark.

“If you are eaten by a shark you die before you have the chance to drown.”

Before entering Gwrych Castle, Ginola revealed he is a huge fan of hosts Ant McPartlin and Dec Donnelly.

The Frenchman said: “I am a fan of Ant and Dec first of all.

"Not just because they are Newcastle fans but also I am a fan of the show because it is a show that has been on TV for a long time. It is something that is reliable.”

Asked who will be the most excited when they meet one another, he added: “I think the excitement is both ways.

“And I will make sure to surprise them in different ways. I surprised them when I was on the football pitch and I will try to do the same in the castle.”