Home » Music » 'I'm still standing': Alice Glass on her 'next chapter' after trauma

Usually that's a throwaway sentiment, the niceties before the real conversation kicks in. For Glass, it's hard-won hope.

For the better part of a decade, the indie star was the cool presence wailing feverishly on Crystal Castles songs, "telling the audience to take a piece of me" as she stage-dived with abandon into festival crowds. Almost four years ago, she left the band with a vague nod to "reasons both personal and professional".

Those reasons were laid bare in a startling personal statement the 29-year-old Toronto-native published on her blog last October, encouraged by the swelling support of Hollywood’s #MeToo reckoning. In it, she alleged years of emotional abuse by her former Crystal Castles bandmate Ethan Kath, dating from when she was just 15. Kath has vehemently denied the accusations and has called them "pure fiction".

The statement shocked fans. Glass's said Kath didn't allow her to have her own phone or credit cards, and that he would read through her private emails. He regulated her eating habits and who she could talk to, and prohibited her from doing interviews and photoshoots. He told her she was worthless and easily replaceable in the band, and used the threats to coerce her into sex. "I was suicidal for years," Glass wrote.

"It has taken me years to recover from enduring almost a decade of abuse, manipulation and psychological control. I am still recovering," she signed off the statement. 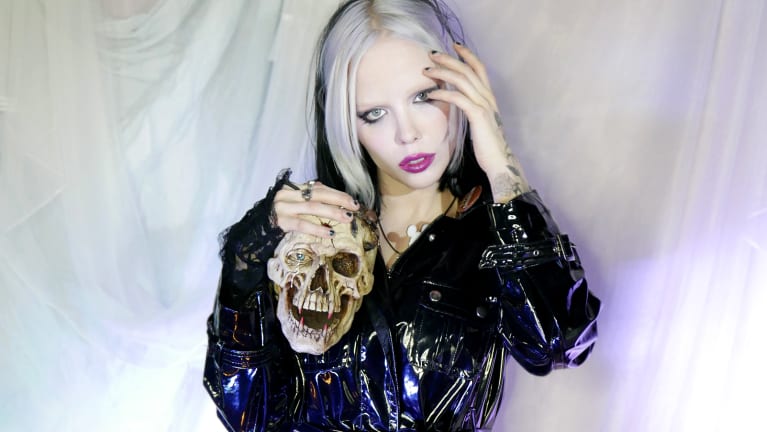 Alice Glass performs in Sydney and Melbourne this week.

Now, months on, Glass says she feels "a sense of responsibility to other survivors to be open" about her claims.

"It was something that had been weighing on me because I didn't feel able to speak my truth for so long – and now that it's out, it's just like I don't even think about it anymore," she says.

"That's why I want to encourage people to come forward with their stories, because you really get to start a new phase of your life, a new chapter."

It's against this backdrop that Glass returns to Australia next week, her first tour here since Crystal Castles played the Big Day Out in 2013. The tour sees Glass teaming up with fellow indie iconoclast Zola Jesus, a powerful female double bill she concocted for her own mental wellbeing.

"I just got off tour with Marilyn Manson in October, after the incident where he got crushed under a giant phallic prop gun. I was like, you know, I think I want to tour with other female musicians for a little bit," she laughs.

For fans, Glass's Crystal Castles songs are all but impossible to revisit, overshadowed by the horrific spectre of what she allegedly endured at their creation. For Glass, who says her set will include favourites like Alice Practice and Celestica, the line is blurrier.

"There's some songs I'm just never going to play again, but most take me back to where I was when they were written," she says, explaining that she and Kath rarely collaborated.

"And because I was touring with them for so long – you know, eight years – and I didn't get a lot of time off, I really just associate them with me. I wrote those songs, I wrote the melodies, I wrote all the lyrics. When I hear those songs, all I hear is me now." 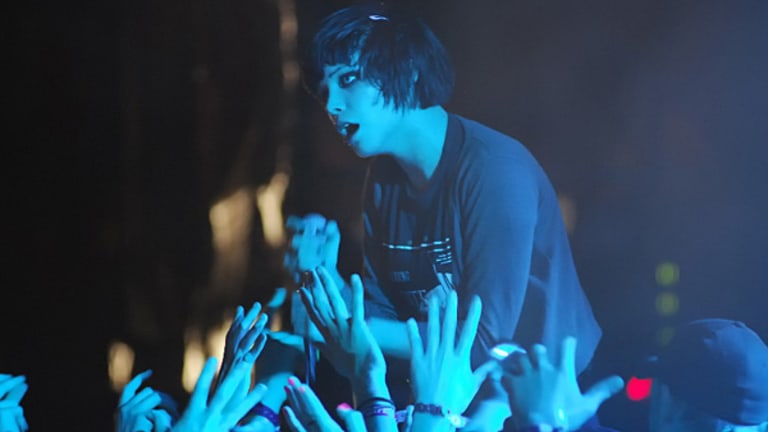 Glass, performing in Crystal Castles, at Sydney’s Parklife in 2009.

Her solo album is "almost done", she says, and pulls from her experiences. New single Mine is lyrically bleak, a song pitching self-harm as an empowering escape from the most desolate circumstances.

Despite its heavy theme, it might be Glass's most gorgeous and accessible song yet, free from the grinding glitch-hum of Crystal Castles and floating on her sublime vocal melody.

"I'm not one to be wallowing in self-pity. It's sort of 'inspirationally hopeless'," she says of her new sound.

"It's just me opening up about the feelings I've had over the years, being in and getting out of an abusive relationship… I'm trying to overcome those feelings of complete worthlessness by addressing them head on. It's dark, but I'm still standing."

Alice Glass, with Zola Jesus, performs in Melbourne on Sunday, and in Sydney on Tuesday.