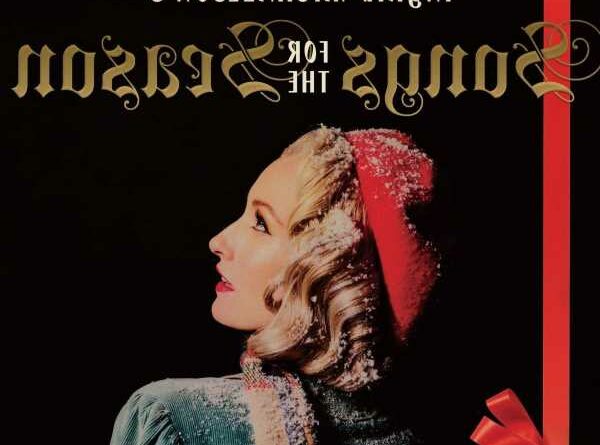 Here’s what we know about this upcoming album’s new songs and the artists featured on the deluxe and already-released versions of Ingrid Michaelson’s Songs For The Season.

She’s known for songs like “You And I,” “Girls Chase Boys,” and “The Way I Am.” Michaelson is also the award-winning singer/songwriter behind the holiday album titled Ingrid Michaelson’s Songs For The Season.

Additionally, there are some new Christmas surprises for listeners of this upcoming release. Michaelson premiered “Winter Wonderland,” featuring Allie Moss and Hannah Winkler ahead of the album’s debut. Within a matter of weeks, this cover earned thousands of Spotify streams.

Other artists featured on ‘Ingrid Michaelson’s Songs For The Season’ deluxe album include Zooey Deschanel, Jason Mraz, and other artists

According to a statement, “originally released in October 2018, the project’s new deluxe edition of her festive Songs For The Season project will debut five new tracks – including an original duet with Zooey Deschanel titled ‘Merry Christmas, Happy New Year.’”

Aside from her appearance in the holiday film Elf, Deschanel appeared in several well-known Christmas albums. In 2019, that meant “Mele Kalikimaka” off of The Kacey Musgraves Christmas Show official soundtrack.

Some artists featured on the original 2018 holiday album include Hamilton’s Leslie Odom Jr. on “All I Want for Christmas Is You.” Christina Perri, known for the original song “Jar of Hearts,” is featured on Michaelson’s rendition of “White Christmas.”

Grace VanderWaal of Star Girl and America’s Got Talent sings “Rockin’ Around the Christmas Tree.” Some new tracks added to the 2021 release include “It’s The Most Wonderful Time Of The Year,” “Christmas Valentine (Feat. Jason Mraz),” “A Marshmallow World,” and “Winter Wonderland.”

After a year of physically distanced holiday wishes, Michaelson fans can reunite with this artist during her 15th Annual Holiday Hop Performance at New York City’s Webster Hall. Tickets go on sale to the general public on Friday, Oct. 22, at 10 a.m. local time.

Due to the coronavirus (COVID-19) pandemic, 2020 featured a virtual “holiday hop.” Some aspects of the performance were pre-recorded. Still, there were plenty of fan-favorite songs performed by Michaelson. The live stream even featured a guest appearance from “I’m Yours” artist Jason Mraz.