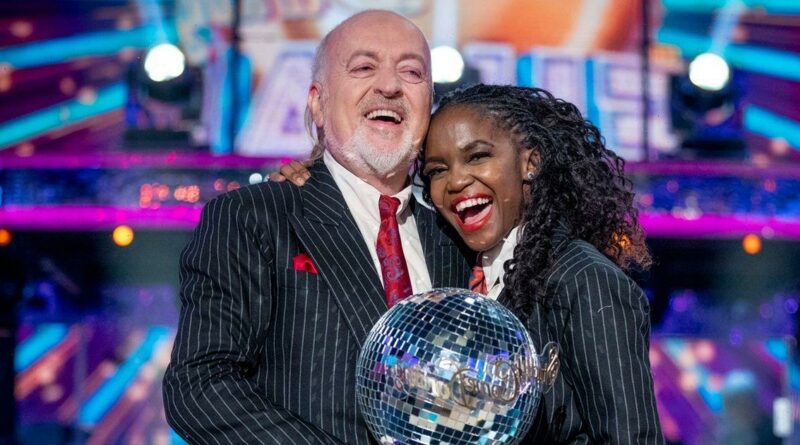 Comedian Bill Bailey has had an incredibly successful career, and has a healthy bank account to show for it.

Some may know Bill from winning Strictly Come Dancing in 2021 alongside professional dancer Oti Mabuse, but his career stretches back much further than that.

He is classically trained as a musician and started performing with boy band The Famous Five.

However, in the 1980s his comedy career took off when he started performing stand-up.

Bill appeared in various comedy shows before landing his own TV series on the BBC in 1998 called Is It Bill Bailey?

So what is his net worth? Here we take a look as the comedian celebrates his 57th birthday.

Bill Bailey has an estimated net worth of around £5million, according to Celebrity Net Worth.

This has come from an incredibly successful career which started in music, but then went on to comedy and acting.

After landing his own TV show on the BBC, he also starred as Doug on the TV series Wild West from 2002 to 2004.

In 2002 he became team captain on the musical Never Mind the Buzzcocks. He also had acting roles in Hot Fuzz, Skins, Nanny McPhee and the Big Bang, Chalet Girl and Doctor Who.

In 2020 he also held nearly £1million in three different firms, according to accounts seen by The Sun.

On top of this, he also has an undisclosed amount in a property firm, which he co-runs with his wife Kristin. The company, called Glassbox Productions, was set up in 2012.

How much did Bill Bailey get for winning Strictly?

The winner of Strictly Come Dancing reportedly gets paid a whopping £100,000.

Bill's tour was halted due to the Covid pandemic, which meant he was able to take part.

Who is Bill Bailey's wife?

Bill Bailey is married to former costume designer Kristin. She now manages Bill's business affairs, and they live together in Hammersmith, London.

Bill and Kristin met at one of his gigs in 1987 in Edinburgh, where she was running a bar.

According to the comedian, he was immediately attracted to her "wild spirit".

Bill went touring after that, but he wrote Kristin letters every day for a year, before they started dating a year later.