Home » Music » Inside Bruce Forsyth’s will as ‘his six kids missed out on £11.7million fortune’ 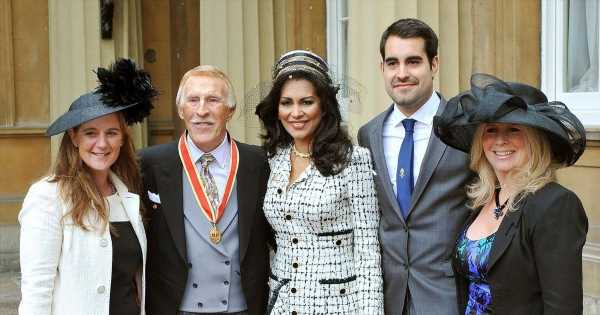 Veteran entertainer Sir Bruce Forsyth died in 2017 at the age of 89 after a glittering showbiz career spanning seven decades.

On August 18, 2017, the nation was left devastated after Forsyth died of bronchial pneumonia at his Wentworth Estate home in Virginia Water, aged 89.

It was previously claimed that none of Forsyth's six kids would be set to inherit anything from his £11.7million fortune in his will, according to reports.

All of his fortune will go to his widow Lady Wilnelia Merced, the Mail On Sunday reported in 2018.

Leaving his offspring out of his will may not come as a surprise as he once said kids should inherit all their parents fortune, as he hit out at the use of inheritance tax.

He told the Radio Times in February 2015: "I think your inheritance should go to your children more than back to the country that you've lived in.

"I'm not saying you don't owe the country something, of course you owe your country a lot for living there all those years. But I think it can be a bit over the top."

While Bruce's kids Debbie, Julie, Laura, Charlotte, Louisa and son Jonathan Joseph were believed to be getting nothing, it was claimed he did make provisions for his nine grandchildren.

They were believed to be each inheriting £100,000 which was left in a trust fund to be split nine ways after they turn 21.

It was reported that Lady Wilnelia was likely then the sole owner of properties they owned together.

A further two payments of £20,000 would go to two of his executors, the paper are said to reveal.

When Lady Wilnelia was handed the £11million, it was reported she could then dish out up to £650,000 to Bruce's relatives without paying tax on it.

Bruce's estate was exempt from inheritance tax after he left it to former Miss World Wilnelia.

After Bruce died in July 2017, his family fiercely dismissed claims he'd avoid paying inheritance tax thanks to the way he organised his financial affairs.

If he'd have handed his fortune to his children, they'd have had to pay thousands in tax.

His son-in-law Richard Matthews, who is married to Sir Bruce's daughter Debbie, called the accusations "utter tosh and speculation" days after the presenter's death.

He also challenged one Twitter user who repeated the claims, asking them: "Are you privy to his tax affairs?"

Sir Bruce died "peacefully at home" at the age of 89. He was surrounded by his wife and all his children.