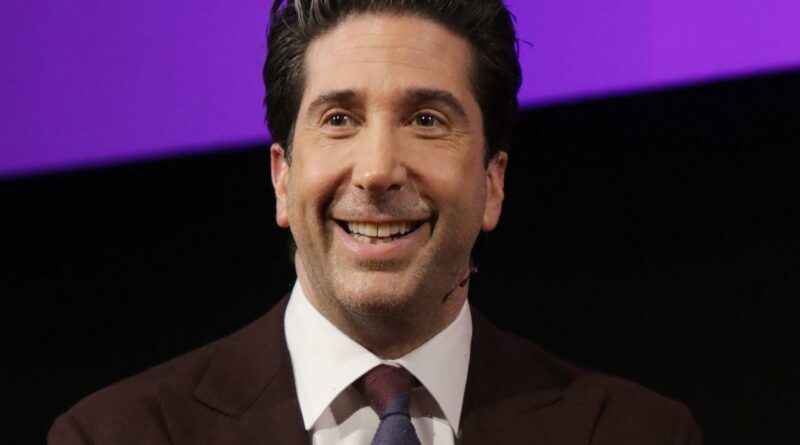 Friends icon David Schwimmer is probably most remembered for his character Ross Geller's will they/won't they romance with Jennifer Aniston's Rachel Green.

And it turns out his real life dating history is just as colourful – from an off-screen attraction with Jen to romances with the likes of Natalie Imbruglia and even S Club 7's Tina Barrett.

David has had a career that spans over the course of three decades and is known to fans for starring in more than just Friends, as he has also been in popular TV shows such as Curb Your Enthusiasm and Will & Grace.

In Friends, he played Ross Geller, the shy and goofy paleontologist who had a real thing for Rachel Green – and eventually she got off that plane and they settled down for good.

Earlier this year it was revealed the stars had actually fancied each other in real life, but what else has David had going on in his love life?

To celebrate his 55th birthday, Daily Star has taken a look at the actor's past lovers and what his dating life looks like now. During the late 90s Torn singer Natalie Imbruglia and David dated for a while.

According to previous reports, Natalie described the partnership with Davis as a "happy relationship".

Talking on the Kyle and Jackie O Show, she recalled: "I do remember being on set and everyone being lovely and really, really nice.

"I wasn't paying attention to whether they were giving each other, you know, little looks over my shoulder."

She added: "I don't know if that was happening. I'm okay with whatever happened back then, it was a long time ago."

In 1997, David met Stargate actress Mili Avital on the set of romantic comedy Kissing A Fool.

Falling head over heels with the sultry brunette, the Hollywood legend ended up proposing to her in March 2001.

But their relationship hit a bump in the road and the pair broke up eight months later.

Speaking openly about their decision to part ways in 2005, David said: "A lot of men today don't have the courage to fall in love. The only one I really fell for was Mili. I don't think I even recognised it until it was too late.

"In some ways, I'm haunted by that. I don't know if one can ever fall again as far as one does the first time."

The former couple started seeing each other in August 2002, however their relationship didn't last long and they ended up parting ways in November 2003.

Following on from his split, David spoke openly to Gear Magazine about his desire to start a family and his partnership with Carla

He said: "I could have a wife and family by now.

"There was one point when I thought I was getting close with Carla, but again I had my priorities in the wrong place. I put work before my relationship, which I always seem to do." Before he was married to Zoe, David dated S Club 7 singer Tina Barrett for a short while in June 2004.

The couple first met at the Glamour magazine awards in London and appeared to hit it off straight away.

Tina and David's whirlwind romance took off to a flying start as they were spotted holidaying with each other in Spain in the latter part of 2004.

Sources who spotted the loved-up pair at Pangea club in Spain said at the time: "Tina looked absolutely chuffed that she was on David's arm as he wasn't exactly hiding the fact they were together.

"Oddly, they left separately at the end of the night – but they definitely ended up back at David's villa."

The pair first met each other in 2007 and after dating for three years they decided to tie the knot.

In 2011, the couple were still going strong and welcomed their first daughter Cleo.

However, the pair sadly made the decision to part ways in April 2017, but insisted they were still on good terms and would still continue to co-parent their child.

Releasing a joint statement at the time, the former couple said: "It is with great love, respect and friendship that we have decided to take some time apart while we determine the future of our relationship.

"Our priority is, of course, our daughter's happiness and wellbeing during this challenging time, and so we ask for your support and respect for our privacy as we continue to raise her together and navigate this new chapter for our family."

The pair have remained civil with each other and in 2020 David shared an image of himself and his ex attending a Black Lives Matter march.

David and Jennifer Aniston's on-screen romance certainty captivated audiences on Friends – but to many fans' surprise the pair also fancied each other off-screen too.

During the highly anticipated Friends: The Reunion which took place earlier this year, the famous duo finally admitted that they had a "crush" on each other.

Speaking on the HBO programme, Jennifer recalled telling David once: "'It’s gonna be such a bummer if the first time you and I actually kiss is going to be on national television'."

She added: "Sure enough, first time we kissed was in that coffee shop.

"So we just channelled all of our adoration and love for each other into Ross and Rachel."

David added: "It was a situation that we couldn't do anything about."

Despite the admission, it doesn't look like the pair have taken things to the next level and it is not known who David is currently dating now.

It was reported that after the Reunion show the duo did start dating, but both stars quickly denied it.