The Brisbane electronic musician Grace Stevenson supports herself by working as a high school relief teacher. Having just spent the day supervising exams, Stevenson was worried about a shoe that had squeaked slightly with each patrolling step she took through the room of concentrating students.

"I was feeling self-conscious," Stevenson says, but she also couldn't help but reflect on just how the shoe had sounded. Stevenson, who performs under the moniker of Rebel Yell, is drawn to differing noises: one of her favourite discoveries was in the bathroom of a Norwegian airport which was piping in the chirping of birds. Having grown up on a rural property behind Queensland's Sunshine Coast, it created a familiar yet faraway sensation. 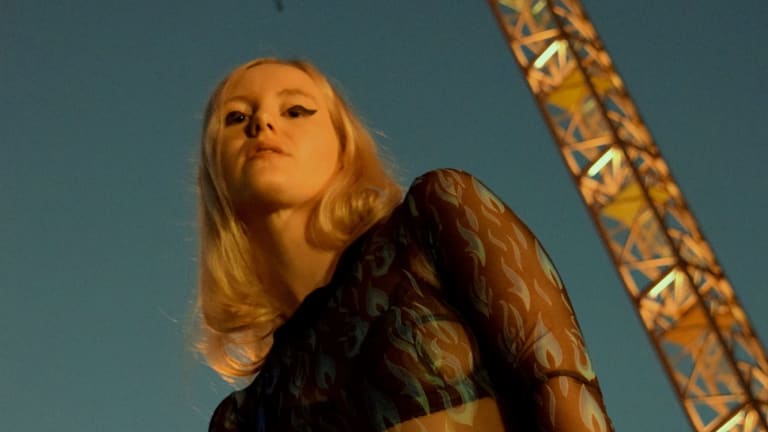 The noise Stevenson creates as Rebel Yell is something different. The 24-year-old traffics in uncompromising beats and grinding synthesiser parts that repurpose the brutal symmetry of European industrial music and the hard, ecstatic charge of techno. On her newly issued debut album, Hired Muscle, Stevenson sounds like the soundtrack to a club's 2am basement room: invigorating, isolating, and intense.

"People who know me know that I'm not a very dark person, so it is a surprise that it comes out this way," she says. "For me it's a release of the darker side of me that never appears in my day-to-day life. It feels really good to me to make that kind of really hard music." 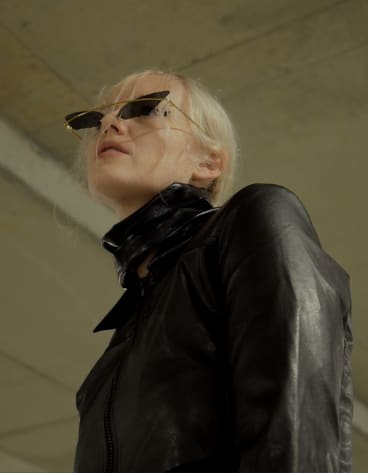 She sees Grace Stevenson and Rebel Yell as two different personae. The latter comes to the fore when it's time to perform, switching on as Stevenson sets up her gear and leaving when the last note fades.

"Rebel Yell doesn't have a conversational side," she explains. "I never speak as her because I worry she would be a bit mean."

The music of Rebel Yell is in part a reflection of Stevenson's age. When she was four or five bands such as the Prodigy were topping the charts with their fixated, furious rhythms. Hit singles from the English outfit, such as Firestarter, were her introduction to mainstream music, while further influence came from an older brother already pursuing a career in electronic music.

Stevenson's first group upon arriving in Brisbane in 2011, 100%, was lighter electronic pop, but her latent interest in hard-edged electronic grooves came to the fore in 2013 when she bought a Korg ESX-1 sampler on eBay for $350. It remains the central component in Rebel Yell's studio sessions and live sets, and she eschews computers.

Now that Hired Muscle is out and Stevenson has come to the conclusion that temping as a teacher isn't the sturdiest way to support yourself, she's open to change. Having helped to build up an electronic music scene in Brisbane, Stevenson has watched as other members have relocated to Melbourne or moved overseas to pursue opportunities.

"That's made it so difficult when you think about shows and who can play. There's a lack of similar artists and spaces here for me," Stevenson says. "I've always said that I'm loyal to Brisbane and we shouldn't abandon what we made, but this year I'm feeling spontaneous. I think some Rebel Yell has seeped into me."

Rebel Yell plays the Tote, Collingwood on Friday July 13 and a "secret" gig at Hex Yellow 003 in the inner-west of Sydney on Saturday July 7. See humanitix.net for tickets and notifications.