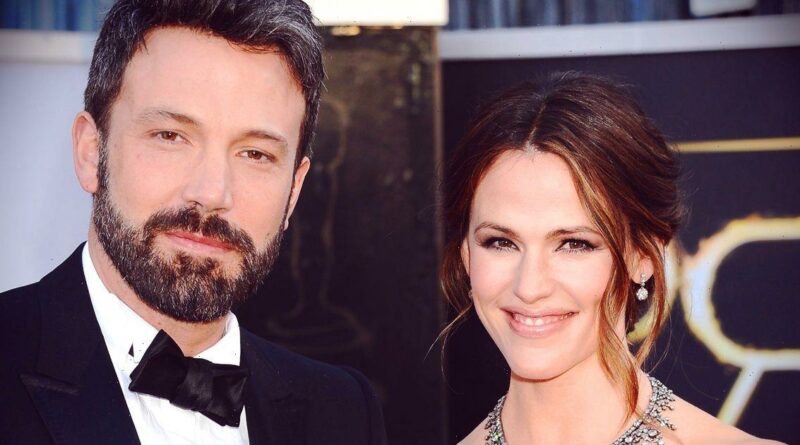 Ben shares three children with his ex-wife Jennifer Garner, who he split from after 10 years together in 2015.

The Justice League actor has previously spoken about his divorce.

He told The Sydney Morning Herald: “I'd be lying if I said divorce wasn't a painful experience.

“Even if you're on the best possible terms and you agree it's the best choice… It was very, very painful for me."

Ben and Jennifer's children – Violet, Seraphina and Samuel – have had a fairly normal upbringing considering their parents' successful careers, however, they have also made headlines over the last few years.

Here's everything you need to know about the Garner-Affleck children.

Violet Affleck is the oldest child of Ben and Jennifer, and she was born on December 1, 2005.

The 16-year-old lives in Los Angeles, California with her mother and spends regular time with her dad.

The teenager has recently been spotted in New York with stepmum Jennifer Lopez as they prepared for Ben's 50th birthday celebrations.

Violet reportedly missed out on Ben and J-Lo's nuptials in Las Vegas last month due to the loyalty she has to her mum, according to a Page Six source.

There is little known about the eldest Affleck but she has been spotted recently with J-Lo's children on the couple's honeymoon in Paris.

Seraphina Affleck is the middle child of Ben and Jennifer, and she was born on January 6, 2009 in Los Angeles.

The now 13-year-old shares a resemblance with her older sister, including her brunette locks.

Seraphina was just six years old when her parents split, but she is said to be extremely close with both her mum and dad.

A source told In Touch in 2019: “Seraphina is adorable and super outgoing. She has more of a mischievous streak than the other two and is incredibly close to Ben."

The former couple reportedly want their children, including Seraphina, to grow up with "Southern values" and to know that everyone has different upbringings.

Jennifer previously told Southern Living : "It’s really important for my kids to see that everyone doesn’t have the lives they see in Los Angeles.

“That doesn’t reflect the world. I want them to grow up with the Southern values I had — to look at people when they say hello and to stop and smell the roses.

"If I could do half as good a job as my mom did, I’d be pretty happy.”

Seraphina has been spotted numerous times with stepmum Jennifer and the two are said to share a close bond.

The 13-year-old is also a year younger than J-Lo's children, twins Emme and Max, who she shares with former partner Marc Anthony. Samuel Affleck is the youngest child of Ben and Jennifer, and he was born on February 27, 2012.

Samuel is said to have inherited his mum's charitable genes and was spotted hand-in-hand with Jennifer earlier this year handing out food and supplies to homeless people.

The now 10-year-old prefers to stay out of the spotlight, but he made headlines in June after he crashed a Lamborghini into a BMW at a car dealership in Los Angeles.

Samuel was with his dad and J-Lo when they took a trip to luxury vehicle dealership 777 Exotics.

The father of three allowed his son into the driver's seat of a yellow Lamborghini that had the engine running as he browsed the motors on offer at the car dealership.

While in the motor, the youngster put the car in reverse, which resulted in the vehicle colliding with the front of a white BMW parked behind the Lamborghini.

In video footage of the incident obtained by TMZ, it appears that the luxury sports car touched the BMW's front wheel and possibly the fender.

After reversing into the car, Samuel then got out of the vehicle.

Speaking with the American publication, a representative for Ben stated that no damage was caused and all involved were okay.

Samuel was recently spotted with his stepmum and sisters in New York as they grabbed lunch at celeb hotspot Sadelle's before enjoying the Into The Woods Broadway musical at St. James Theatre.