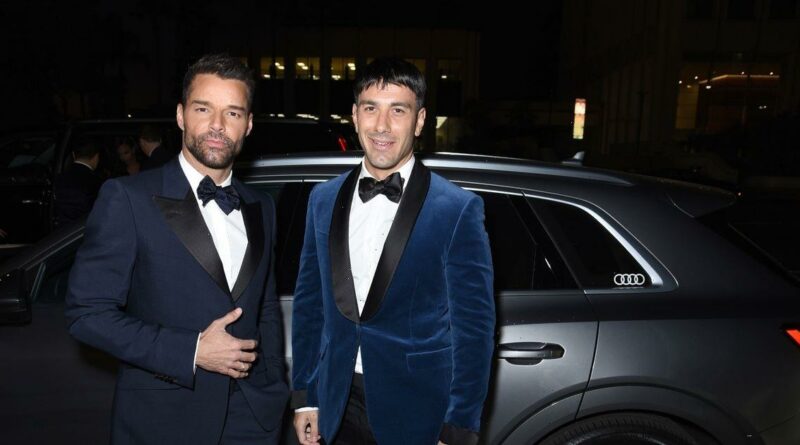 Since 1999, we have all been Livin' La Vida Loca after Ricky Martin burst onto the music scene with his catchy Latin pop number.

The star, who turns 50 on Christmas Eve, has been entertaining audiences with his catchy songs including 'She Bangs, selling over 70 million records.

When he is not entertaining fans across the world and preparing to go out on tour with stars such as Enrique Iglesias, Ricky also has a sweet family life off stage.

Although he is quiet about his family life, he occasionally shares snaps on his social media of the time he spends with his artist husband and their children at their glamorous home.

Ricky met his husband Jwan Yosef through social media, where the couple shared DMs about art – something they are both passionate about.

Jwan is a painter and artist, who it is reported, has also ventured into home design in 2021.

After making their red carpet debut together at the amFAR Inspiration Gala in Sao Paulo, Brazil in April 2016, the couple later confirmed their engagement on the Ellen show in the same year.

The singer regularly share photos and videos of him and Jwan on social media, including a video of them on a yacht in Miami.

Ricky also recently paid a sweet tribute to his husband on social media, when he posted a photo Jwan decorating their gorgeous home.

Sharing a snap of Jwan putting up picture frames on the wall, Ricky captioned the post: "The most beautiful sculpture" in reference to his husband.

Ricky and Jwan have twin boys called Matteo and Valentino and in 2018, the couple announced on social media that they had welcomed a daughter called Lucia Martin-Yosef.

They also have a two year old son called Renn.

The singer even revealed to People Magazine that he would love to add to the family, saying: "I want four more pairs of twins.

"I would love to have a big family, but there’s a lot going on at this moment, a lot of work, wedding.

"It’s a lot going on so we’re going to put things in order first and then we are going to get ready for many more kids."

A talent for music seems to run in the family too, with Ricky revealing on the Ellen show that daughter Lucia loves to sing.

However, Ricky jokingly said that she "runs the house" and won't let him sing along with her to Netflix programme Cocomelon.

"She loves Cocomelon so I was singing with her, and she said no no no daddy. She doesn’t let me sing."

With a passion for art, it's no surprise that the home that Ricky Martin shares with his family is filled with beautiful objects and sculptures.

One Instagram snap shows a room with high ceilings, covered in framed sketches, along with a marble table adorned with books and a large houseplant in a beautiful vase.

In another snap, the singer can be seen leaning against a balcony overlooking a swimming pool, while wooden sofas adorned with white cushions can be seen in the distance.

Ricky also shared a photo that shows the singer taking a photo in a mirror, while light shines through huge windows that are next to an open patio area, decorated with white pebbles and plants.

The beautiful home is also the centre stage for many happy family moments, with the singer sharing a video of twins Matteo and Valentino in graduation outfits walking into the huge garden.

During his 2021 interview on the Ellen show, Ricky said that like for many people, lockdown had been an anxious time, but that having his mum stay with them helped.

It has been reported that his mother Nereida was an accountant and his father Enqrique was a psychologist, with the singer the youngest of their three sons. He also has one sister.

Ricky and his mum have a close bond, with the star saying to Ellen: "We were really in lockdown because my mom was with us.

"We were warm and cozy…sometimes there was anxiety, but we’re doing really well. Kids are amazing."