Home » Music » Itzy: A Girl Group Blazing a New Path of Its Own 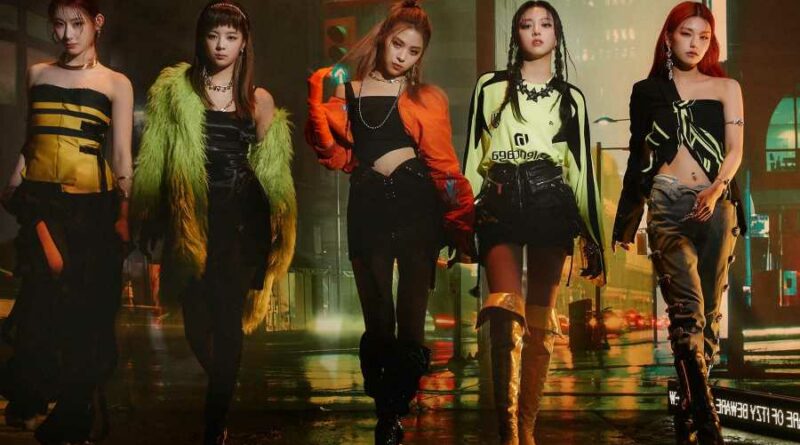 “I really want to take a selfie with the crowd,” Itzy’s Lia says. “I just miss them,” Chaeryeong adds.

It’s been a long year without seeing their fans or hearing them do chants and cheer for the group, and Itzy is dying to see them again.

Assembled in 2019 by JYP Entertainment, Itzy had embarked on only one showcase tour before the pandemic grounded them back in South Korea. But that didn’t slow the group down for long. They released their second and third EPs last year (It’z Me in March, Not Shy in August), and have focused on finding ways to interact with their fandom, known as Midzy, via social media and virtual events, like the global livestream they did this March.

“We had such a great time at the livestream event,” Lia says. “But it was quite sad that we weren’t able to meet face to face. We tried our best to feel like we’re close to each other.”

Wonho Rising: A K-Pop Prince Stakes His Claim to the Throne

The group’s five members (who also include Yuna, Ryujin, and Yeji) say they learned how much they loved to sing and dance by watching K-pop groups like Girls’ Generation and attending the circus as kids. Prior to being chosen for Itzy, several members cut their teeth on Korean reality shows: Chaeryeong appeared on both K-pop Star 3 and the survival competition Sixteen, while Ryujin and Yeji made appearances on two other survival series.

After attending JYP training, Ryujin admits that she wasn’t expecting to make it into the girl group. “It was very weird because there were so many trainees at JYP,” she says. “There were so many pretty and talented people. I was surprised that I was chosen.”

That shock doesn’t come across in the music. Itzy’s sound is confident, hyped, and in your face. And as much as they all look up to the idols that preceded them, they want to make sure their sound is all their own. “We don’t have a role model,” declares Yeji. “We just want to be Itzy.”

As they wait to find out when they can see their fanbase face-to-face again, they’ve dedicated a sweet song called “Trust Me (Midzy)” to them. “It’s really a song to express how thankful we are for our fans, for being there for us from our debut to now,” Lia says.

Next up, they’re planning all the ways they can connect with the Midzy base in celebration of their debut album, Guess Who.

“We want to break our limits and show what we have,” says Yuna. “The content we’ve prepared is for all the global fans.”