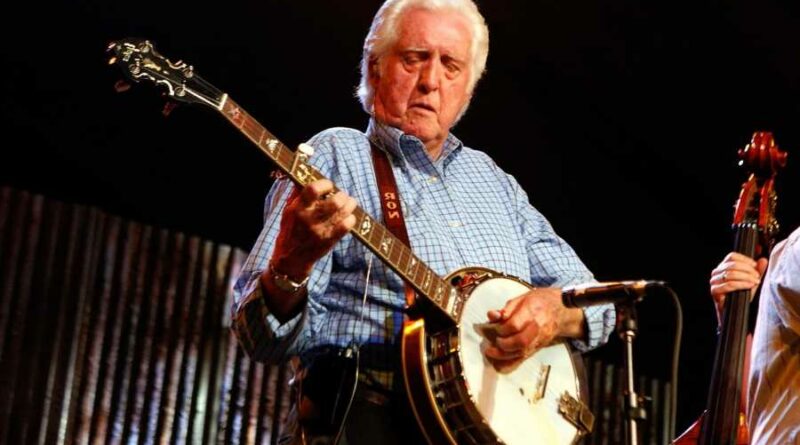 J.D. Crowe, a pioneering banjo player with his progressive bluegrass group the New South, died Friday morning, according to a post on the musician’s Facebook page. He was 84.

“This morning at around 3 a.m. our dad, JD Crowe, went home,” Crowe’s family wrote. “Prayers needed for all during this difficult time.”

A seminal figure in the bluegrass world, Crowe was a disciple of Earl Scruggs and played banjo in Scruggs’ three-fingered style. Yet he was also an experimentalist and pushed the genre outside of its traditional, at times constrictive, boundaries. In 1975, he released one of bluegrass’s most important albums in J.D. Crowe and the New South, simply known among fans as “0044,” its catalog number on Rounder Records.

Joan Didion Says 'Goodbye to All That': Literary Icon Dead at 87

The 30 Sexiest Music Videos of All Time

Led by the fast-picking Crowe, New South was an acoustic powerhouse, a band that became airtight by playing five nights a week at the Sheraton Inn in Lexington. Ricky Skaggs and Jerry Douglas were both members, as was Tony Rice, the wildly influential flatpicking guitarist who died last Christmas — a year and a day before Crowe’s death.

“We had gotten to the point that we knew what each other was thinking by just looking at each other, and that’s a great feeling to have,” Crowe told Rolling Stone in 2020. “Tony was very good at paying attention because whatever he was playing he wanted it right, as good as he could get it. I loved that because there’s so many pickers that don’t feel that way.”

Born James Dee Crowe in Lexington in 1937, the musician got his start working with a giant of bluegrass, the guitarist Jimmy Martin, in the early Fifties. Crowe would play gigs with Martin in Ohio and, later, Detroit while shuttling back and forth to Kentucky to finish school. In 1958, Martin and Crowe enlisted guitarist Paul Williams, and the trio developed a following by playing radio shows like the Louisiana Hayride and the Wheeling Jamboree.

Crowe left Martin in 1961 and returned home to Lexington, where he ran across the musicians Doyle Lawson and Bobby Slone. Together they formed the group the Kentucky Mountain Boys, which evolved into the New South in the Seventies. While Skaggs, Slone, Rice, and Douglas all appear on 1975’s “0044” with Crowe, the New South had an ever-changing lineup, including future country star Keith Whitley, who played guitar and sang on the band’s albums My Home Ain’t in the Hall of Fame and Somewhere Between.

Along with expanding the scope of bluegrass with the New South, Crowe also worked to preserve the genre’s traditions and legacy. In 1981, he recruited players like Tony Rice and Doyle Lawson to release The Bluegrass Album, a collection of classics by Bill Monroe, Lester Flatt and others.

Crowe toured and cut albums throughout the Nineties and into the next century. In 2006, he released the LP Lefty’s Old Guitar with yet another iteration of the New South, earning him his second Grammy nomination. (He was previously nominated, and won, in 1983 for Best Country Instrumental Performance.)

Crowe was inducted into the Bluegrass Hall of Fame in 2003. He retired from touring in 2019, but continued to perform and record.

The news of Crowe’s death resonated throughout the bluegrass community. “We lost one of the greatest banjo players ever to pick up the five,” banjoist Bela Fleck tweeted. Billy Strings called Crowe an “absolute legend” and cited his tone, taste and timing. “The space in between the notes he played and the way he rolled them out just kept the band driving, running on all cylinders like a V8 engine,” the guitarist tweeted. “He was just the best bluegrass banjo player out there.”