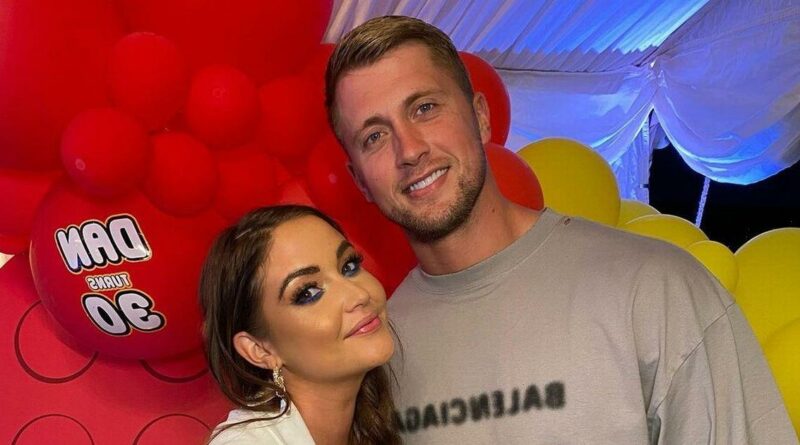 Jacqueline Jossa and Dan Osborne are planning on their renewing their vows after the couple worked through a storm of infidelity allegations.

Over the past few years, the TV couple’s relationship was thrown into the limelight after her 30-year-old husband was accused of being unfaithful.

But after working through a tough few years, the pair are keen to finally put the rumours to bed and reaffirm their love for each other once more.

As their loving relationship goes from strength to strength, the power couple are excited to celebrate their love with their friends and family in the near future.

Speaking to Heat magazine, Jacqueline confessed that the time is right for them to renew their vows after a trying few years.

She told the outlet: “It does feel like we have a new relationship. It could be quite nice to do something like renew our vows when the time is right.

“We would like all five of us in the photos – we'd do it for the kids,” she explained.

Dan and 29-year-old Jacqueline first tied the knot back in 2017, but the couple left their loyal legion of fans concerned after reports in 2020 revealed the actress had moved out of their marital home when Dan’s cheating allegations resurfaced.

But the brunette beauty has now revealed how the national lockdown heled the couple to reconnect despite the horrible allegations online.

She told the publication: “I know lockdown was tough for so many people, but for us, it was almost perfect timing.

“I felt we reconnected” the I’m A Celebrity Queen confessed.

During the national lockdown in 2020, the pair worked on their relationship and often spent summer nights cosying up in the garden together looking up at the stars.

It is understood Dan would often sit back and relax with a beer while Jacqueline enjoyed a glass of fizz as they enjoyed a bowl of chocolate covered strawberries.