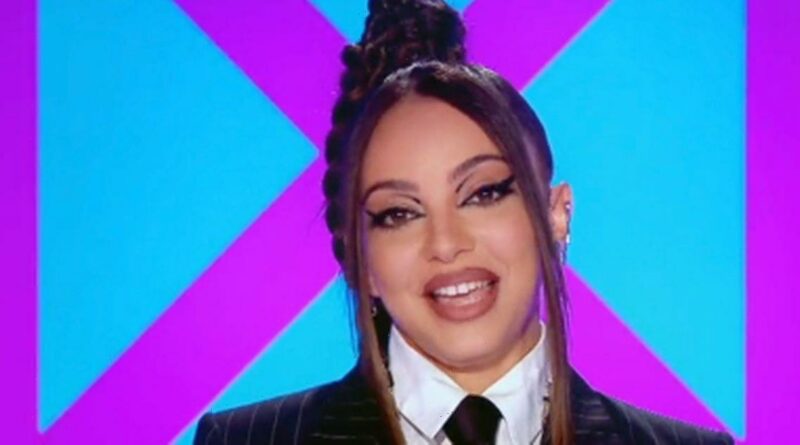 Little Mix star Jade Thirlwall made a 'shady' dig about Jesy Nelson's exit from the band during her latest TV appearance.

On Tuesday's dose of Drag Race UK vs The World, Jade, 39, appeared as a celebrity guest judge.

The five remaining queens formed a mega girl group in the episode as they performed the track London to RuPaul, Michelle Visage, and Graham Norton.

"I bossed everyone around and there there's an ugly rumour going around that one of the girls is leaving the group tonight."

Michelle and Ru both gasped in shock over Jade's remark as the head judge then burst into laughter over the gag.

Although Jade didn't mention Jesy by name, several eagle-eyed pop culture enthusiasts interpreted her comment to be a reference to her former bandmate's departure.

Another penned: "The way that Jade shaded Jesy."

Another fan piped up and tweeted: "Jade shading Jesy best part of drag race so far."

Jesy, 30, announced she would be leaving Little Mix in December 2020.

Since stepping down from Little Mix, the singer has launched her solo career which started with the release of her debut single Boyz featuring Nicki Minaj.

A year later in December 2021 Little Mix – now made up of Jade, Perrie Edwards and Leigh-Anne Pinnock – announced that they were taking a break after "10 amazing years".

With four number one albums to their name, the girls insisted that they were not "splitting up" as a group.

The announcement came shortly after the births of Perrie Edwards and Leigh-Anne Pinnock's babies.

Her fellow bandmate Leigh-Anne is a proud mum to twins with fiancé Andre Gray. She has decided not publicly share the twins' names.