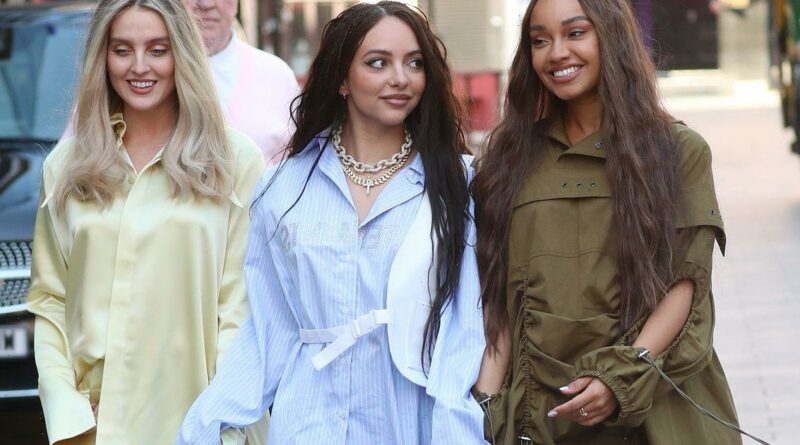 Little Mix was catapulted to fame after winning the crown on series eight of X Factor.

Leigh-Anne Pinnock, Perrie Edwards and Jade Thirlwall have always had their fair share of lead vocals, with their stunning harmonies lighting up each track.

But they’ve revealed that music bosses attempted to make one of them the lead singer – a risky move they refused to comply with.

And Jade also admitted that the group felt pushed into doing what Simon Cowell’s Syco record label wanted before they quit to join RCA in 2018.

After Jesy Nelson announced she was quitting the band last year, the trio is determined to carry on on the same equal footing as always.

Jade said in an interview: "We have always had the same vision, we always wanted to be equal. Nobody wanted [to] outshine someone else.

"The moment that happens in a group dynamic, the cracks start to show, like someone has a bit more of an ego. We have always been determined to remain equal people on our team, whoever else has suggested otherwise," she continued.

"We have said no, we know it works better, it is healthier for us doing it that way. And it has got us where we are now."

"A few times we have felt pushed into a direction or a song," she said, adding: "Like 'if you don’t do this song you can’t have that'.

"There was a point where there was a bit of that and that was a bit unsettling for us," the brunette beauty admitted.

Since being put together by X Factor bosses in 2011 and mentored by Tulisa, Little Mix has achieved five number-one singles and six Top Ten albums.

Perrie said "there is a lot going on" at the moment, with the jaw-dropping new video for their song Confetti dropping last week.

While Leigh-Anne admitted on the Zach Sang radio show that the group has only grown in confidence over the last decade of being together.

She said the band maintains a "sod the trolls" mentality and commented on how important it is to not let negative comments impact them as performers and people.

They took a swipe at music mogul Simon after he "f****d [them] over" with the lyrics to Not A Pop Song including: "I don’t do what Simon says / Get the message cuz it’s read / That’s just life it never plays fair / Said to follow any dream, be a puppet on a string."

Simon, meanwhile, said in 2018 that there was no bad blood between them, and dubbed them "the hardest working bunch of girls I’ve ever worked with".