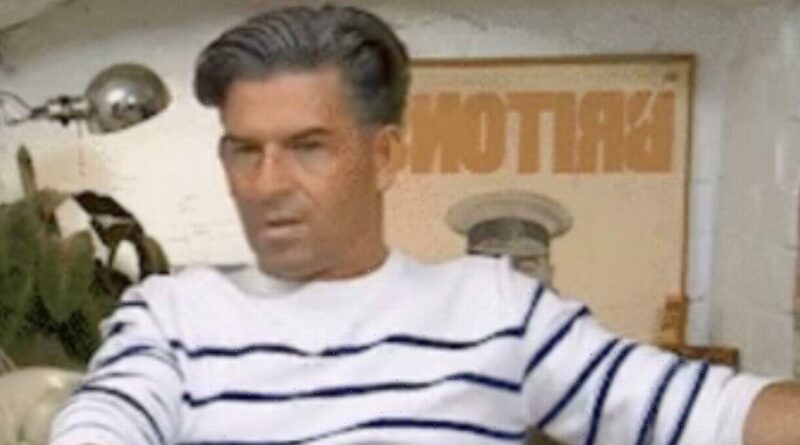 Former Gogglebox star Andrew Bennett has been jailed for 29 months having been found guilty of sexually abusing a teenager.

Newcastle Crown Court heard that Bennett gave the victim a lovebite, having cornered him on the sofa before trying to lure the teenage boy to his bedroom for sex.

Bennett, 47-year-old and of Gleneagles Road, Sunderland, said he “could not be more remorseful” for his actions, and blamed his actions on "slimming drugs..

Bennett was ordered by Judge Tim Gittins to sign the Sex Offenders Register.

When was Andrew Bennett on Gogglebox?

Andrew Bennet appeared in the 12th season of the hit Channel 4 show Gogglebox, which aired in 2018.

He appeared on the BAFTA-winning show alongside his friend Fawn. They are from South Shields near Sunderland, in the northeast of England.

They debuted on the show in September of that year and gained a reputation as a funny duo who would sit with large glasses of Gin and Tonic.

The pair gave their views on the matters of the day beyond the show via their joint Twitter account, however he has been out of the casting for a number of years.

In 2018 Andrew Bennett was involved in a street attack which left him with a broken back, but he said he never felt angry towards his attacker because he had a strong sense of “what was right and wrong”.

The attack took place outside of a bar in December 2018, just three months after the pair first appeared on Gogglebox.

Speaking to the Mirror in 2020, Bennett said he had "everything taken away" from him.

"I had a broken back, what's known as a transverse fracture. I've had PTSD, depression, anxiety, flashbacks to that night. It's like a waking nightmare.

"Being on TV, being a party person and being used to do a lot of horse riding, then to have everything taken away was daunting.

"In hospital, I was in very debilitating pain which was so intense. Scoring 11 out of 10. I needed assistance with everything I was doing, for example getting to and from bed to use the toilet.

"I went from being so independent and life on track with lovely things happening to bang.

"I have never felt angry. I'm walking, I'm talking, I had a strong rehabilitation on a zimmer frame and crutches and intensive physio to get where I am now. I didn't have that anger.

"I've had a very stable upbringing, knowing what was right and wrong. Maybe he wasn't fortunate enough to have that."

Adam King, his attacker pleaded guilty to actual bodily harm and was sentenced to 80 hours of community service and made to pay over £1,500 in fines.