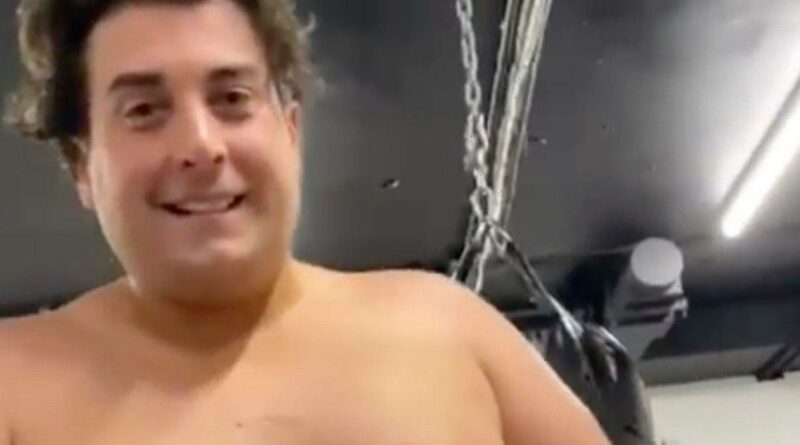 James 'Arg' Argent likened himself to James Bond at the London premiere of Fantastic Beasts: Secrets of Dumbledore – and why not?

The reality star, who reached 27 stone at one point, has dropped hundreds of pounds and is now the picture of health.

Arg paraded down the red carpet 13 stone lighter and looking suave in a grey and black suit.

He even posed in front of a black flashy Aston Martin before the event and joked he could be the next Daniel Craig.

The 34-year-old TOWIE legend seemed in good spirits and back on track after admitting he relapsed last month. He has previously sought help for his addiction to alcohol and cocaine.

James posted the flattering picture on Instagram with the jokey caption: "The Name's Argent… James Argent. Daniel Craig Eat Your Heart Out #007"

His fans were all over it. Fellow TOWIE star Ferne McCann said “love it darling” while former Pussycat Doll singer Ashley Roberts gushed: “sauce” with a fire emoji.

James, who was in a long term relationship with Gemma Collins, has been open about his extreme weight loss journey, as well as his stints in rehab.

After gastric sleeve surgery, during which part of the stomach is stapled with the rest removed, James had to learn a whole new way of eating, he said.

He lost almost half his body weight in eight months and now weighs 14 stone.

Meanwhile Arg suffered a "very bad relapse" in February after pals called for an ambulance after a night of heavy boozing.

A source told the Sun: "James is a fighter.

"His recent blip was exactly that, a blip, and he has no intention of letting it turn into a longer term period of illness."