James Blunt was one of the many famous faces in attendance at Saturday’s (May 19) royal wedding between Prince Harry and Meghan Markle at St George’s Chapel in Windsor Castle.

However, it appears one of the many viewers watching from home was confused by his appearance.

Nonetheless, it was Blunt’s invite that prompted one Twitter user to write: “Who invited James Blunt to the royal wedding?”

It seems the now deleted tweet ruffled the singer’s feathers, as he clapped right back with a classic Blunt-ism.

“I’ll give you two guesses,” the singer responded. 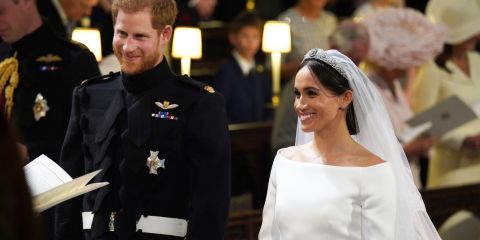 Despite invites being few and far between, millions of viewers tuned into watch the royal wedding from different establishments across the UK.

Indeed, the service is officially the biggest TV event of the year thus far in the UK, drawing in an impressive a 18 million Brits, with 13.1 million of those all watching BBC’s coverage of the event (via The Guardian).

If you did miss it, however, you can catch up on the day’s events in Digital Spy‘s royal wedding gallery.