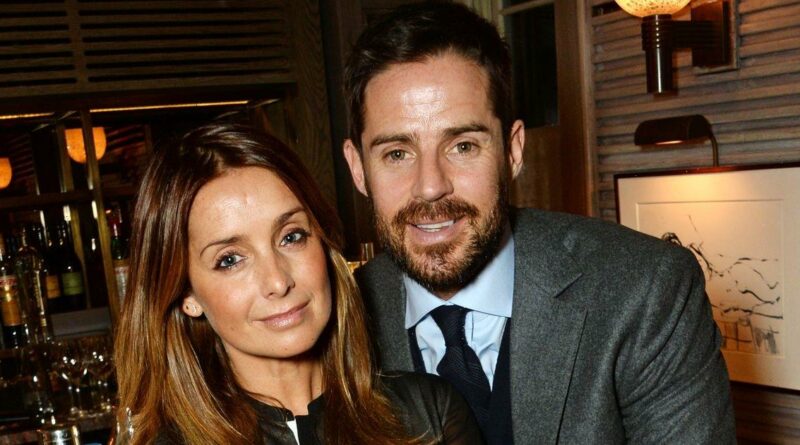 Sandra Redknapp has spoken about the moment she found out her son was getting married and her mad rush to see the event.

Sandra has written a joint memoir with her husband Harry, called When Harry Met Sandra, in which they recalled the time Jamie rang them with some pretty big news.

Jamie told them he was going to marry Eternals singer Louise Redknapp.

The couple were holidaying in France when the phone rang and Jamie told them he was going to marry Louise in just three days.

Sandra recalled: "Mum, it’s Jamie, we’ve got something to tell you.'

"He paused, but I could hear the excitement in his voice and giggling in the background. 'Louise and I are getting married!'

'Bermuda! Married! Harry, we've got to get a flight back home!' I said.

"Three days after Jamie popped the question, he married Louise in a beautiful ceremony on board an 80-foot white yacht called Lady Erica on June 29 – the day before mine and Harry’s 31st wedding anniversary."

Louise looked stunning on her wedding day in a white chiffon dress and arrived on a horse-drawn carriage.

Luckily Sandra and Harry made it to their son's wedding along with their other son Mark and his Liverpool teammate Phil Baab.

Sandra wrote: "I know Harry was sad that his own parents couldn’t make it as they didn't want to fly.

"They had a lovely reception at the Marriott Castle Harbour Hotel, which overlooked the harbour. It really was a beautiful evening."

Soon Jamie and Louise had two beautiful children Charlie and Beau and Louise quit singing to take care of them.

In 2016 Louise signed up to Strictly Come Dancing and Sandra explained that she and Harry encouraged her to do it and put herself first.

Louise was partnered with Kevin Clifton, and Jamie's parents say they were happy as he had "a good track record as a professional and a great dancer".

She reached the final and soon after the series she was in the studio as she was performing again after a 13-year hiatus.

Sadly a month later Louise and Jamie announced they had separated, with their divorce finalised in 2018.

Sandra said: "Sadly, they divorced in 2018 but sometimes that’s just what happens. All you can wish for is that your children are happy and we will be forever grateful to them both for our beautiful grandsons."

Jamie is now married to Swedish model Frida Andersson and the two got married last year.

In November the couple welcomed a baby boy named Raphael.

When Harry Met Sandra is out on Thursday (September 29), £20, published by Mirror Books