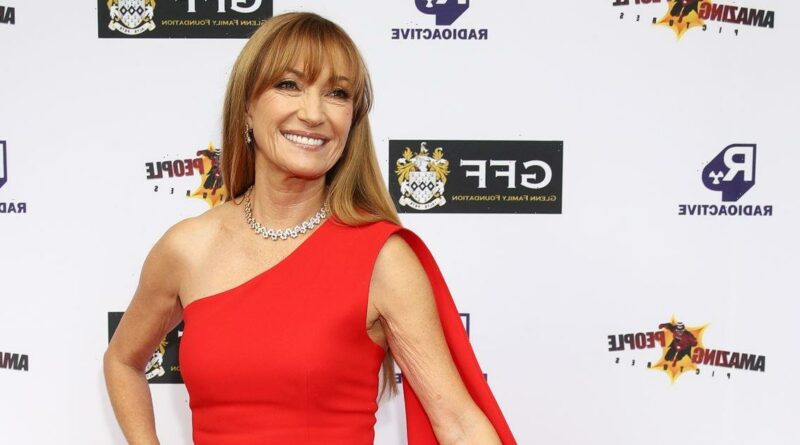 Jane Seymour looked far younger than her 71 years as she hit the red carpet in Sydney.

The Dr Quinn Medicine Woman star could have passed for someone decades younger as she stepped out at the premiere of her new film Ruby's Choice.

Jane looked glamorous in a sleeveless, form-fitting red dress that clung to every curve and left one shoulder bare.

It also featured a slit that showed off the star's legs and had a cute cape that billowed behind her as she posed for pictures.

The Hollywood actress teamed the gorgeous gown with nude shoes and a chunky sparkly necklace and bracelet.

Jane's blondey-brown hair was cut into a straight fringe and fell poker straight down her back.

Her skin positively glowed with natural looking face make-up, while lashings of dark mascara made her eyes stand out and a berry-coloured lipstick accentuated her dazzling smile.

Speaking last year, the star told New Beauty that she thought having good skin was the secret to looking so youthful.

"Using retinol at night, protecting yourself from the sun, using the great skin care that plumps your skin… and pretty much anything that makes me feel healthy, is the best anti-aging secret I know," she said.

She also said she wasn't feeling any different about hitting 70 as she was a "glass half-full person".

"My thinking is, 'Just be as young as you possibly can be'," Jane said.

"I don't have many regrets, but I do wish I could tell that younger version of myself – that young girl who lived in England where it's cloudy and rainy most of the time – that she shouldn't bask in the sun with a reflector board and cooking oil during those two weeks of vacation!

"But, I stopped sun-worshipping a long time ago, so I guess I'm lucky there."