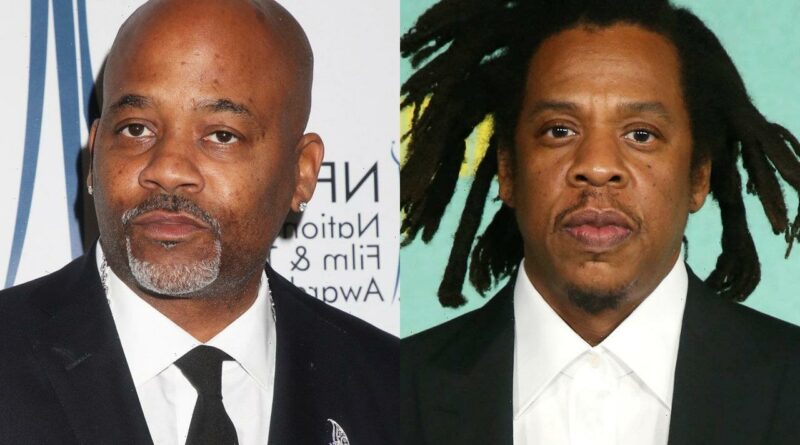 The agreement states that the record executive, who has been sued by the ‘Empire State of Mind’ spitter for allegedly trying to sell his 1996 debut album as NFT, is prohibited from doing so.

AceShowbiz –Jay-Z and Dame Dash are no longer fighting in court. It was reported that the “Holy Grail” rapper and Dash have settled the “Reasonable Doubt” NFT lawsuit, one year after the emcee launched the legal action.

According to court documents obtained by TMZ, Dash is not permitted to sell Jay-Z’s 1996 debut album as an NFT because Roc-A-Fella owns all rights to the LP. “Unless duly authorized by RAF, Inc., no shareholder or member of RAF, Inc. may alter in any way, sell, assign, pledge, encumber, contract with regard to, or in any way dispose of any property interest in Reasonable Doubt,” so read the legal docs.

“[It includes] its copyright and including through any means such as auctioning a non-fungible token reflecting, referring, or directing to such interest,” the agreement added.

Dash is allowed to sell his one-third ownership stake in the record label, but he is prohibited “in any way dispose of any property interest in Reasonable Doubt.” It read, “Nothing in this Judgment shall prevent any shareholder or member of RAF, Inc. from selling, assigning, pledging, encumbering, contracting with regard to, or in any way disposing of their one-third (1/3rd) ownership interest in RAF, Inc.”

Jay-Z filed a lawsuit against Dash in June on behalf of Roc-A-Fella. The MC accused his former pal of attempting to mint and sell his “Reasonable Doubt” album as a non-fungible token (NFT). In the document, it was stated, “Dash is frantically scouting for another venue to make the sale… The sale of this irreplaceable asset must be stopped before it is too late, and Dash must be held accountable for his theft.”

In the following month, Dash fired back at Jay-Z by filing a countersuit in New York’s Manhattan Supreme Court. He accused the husband of Beyonce Knowles of illegally transferring the digital rights to his 1996 classic from their shared Roc-A-Fella Records to his own company, S. Carter Enterprises LLC. Dame is now seeking a minimum of $1 million in damages over unjust enrichment, breach of fiduciary duty, replevin and conversion.