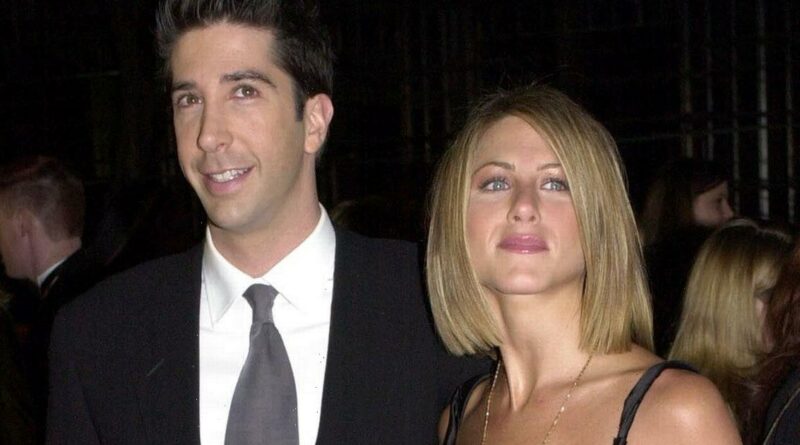 Friends fans all over the world had their hearts crushed after finding out that the famous Ross Geller and Rachel Green chemistry actually stemmed from the real crush between Jennifer Aniston and David Schwimmer.

The pair admitted their secret crush on the Friends Reunion and said that nothing ever came of the romance as they were always in relationships with other people – much like their characters.

Eyebrows were raised when Matt LeBlanc said 'bulls**t' under his breath, appearing to disagree with their statement that they always had respect for the others' relationship and knew their boundaries.

However, it has since been confirmed by Jen herself that she has never slept with David, but would proudly admit it if she had.

Speaking to Howard Stern in his SiriusXM show, she was asked if the pair ever "banged".

Jennifer, who was on the show with Friends alumni Courteney Cox and Lisa Kudrow, denied ever sleeping with her co-star.

She said: "I would proudly say I banged Schwimmer if that happened but no.

"We were in relationships and it was always never the right time and it wouldn't have worked."

The 52-year-old explained again that the pair channelled their feelings for one another into Ross and Rachel, which certainly gave the audience the romance story they desired.

Jen turned to her pals for back up and said that Courteney and Lisa would know if it was true, to which Courteney cleared up that Jen was telling the truth.

Fans were left gobsmacked when Jennifer and David revealed their secret feelings for one another in the early stages of the popular sitcom, but it was very much obvious to those working on set.

Creators Marta Kauffman and David Crane, alongside executive producer-director Kevin Bright confessed it was a "hot topic" on set to The Hollywood Reporter.

They said that everyone was suspicious that something was going on and people ended up making their own rumours.

Kevin Bright added: "We were so invested in Ross and Rachel, like the rest of you. There was something about them. But like the show, in a certain way, you had to wait a long time and then it never happened. The happy ending is in the show."

Nothing ever came of their young crush, with both David and Jennifer eventually moving on and settling into long-term relationships in the years that followed.