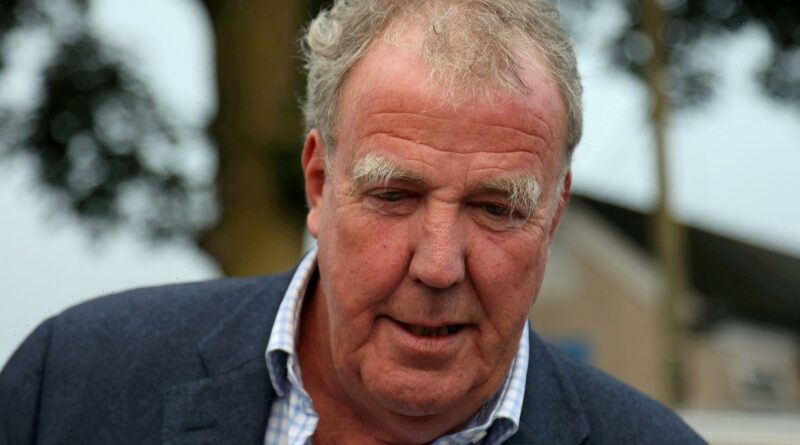 Motormouth Jeremy Clarkson has moaned that a giant bull he hired to get his cows up the duff isn’t bonking them – and is more interested in eating grass.

The 62-year-old Who Wants to Be a Millionaire? host – who owns a 1,000-acres Cotswolds farm called Diddly Squat – said he hired the bull after failing to get his cows pregnant using a ‘turkey baster’.

He said: “Ive rented a bull.

“He has testicles the size of space hoppers, and his name is Break-Heart Maestro.”

He said he wanted the bull to get his all-white heifer Pepper pregnant, but decided to let him loose on all his cows.

The former Top Gear host added: “I figured he may as well use those hairy space hoppers to fill up all the other lady cows as well.

“With a bit of luck, he’d get them all up the duff at roughly the same time, which would make calving easier.”

The TV star said, however, that the four-year-old bull didn’t seem interested in his herd of heifers.

The petrolhead added: “My cows came round the corner (and) their walk turned into a sashay.

“And I swear they were fluttering their eyelashes. Then the competition began.”

He said, however, that the bull was’t interested in the herd of females which he had in front of him, unlike his rams, which he called Wayne Rooney and Leonardo DiCaprio.

“Break-Heart didn’t appear to be up for sex with anything,” he said.

“Unlike Wayne Rooney, Leonardo DiCaprio and my rams, he didn’t get on with the job straight away.

“He was playing it cool. Pretending not to be interested.

“He chewed the grass in his temporary new home and took in the views.”

Clarkson said that after a while, one of the cows decided to approach the bull – but tried to mount him.

He said: “One of the cows could wait no more and mounted him…she was thrusting away like a good ‘un.”

Clarkson said: “He has been on the farm for four days now and so far, I’ve seen a lot of foreplay but no actual mating.
“Apparently, it could take a couple of months for him to do the lot.”