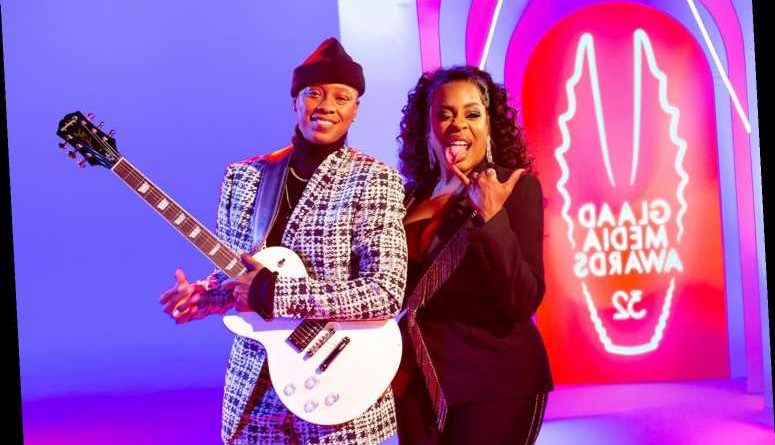 The GLAAD Media Awards doubled as a date night for host Niecy Nash and her wife Jessica Betts, who performed a powerful rendition of her song "Catch Me" during the show Thursday night.

"It is my great pleasure to introduce this next performer. She is nothing short of legendary — she's also the greatest thing to ever happen to me," Nash, 51, said in her sweet introduction.

Betts then sang her 2018 song — whose music video Nash previously appeared in, reciting her wedding vows.

RELATED: Niecy Nash on Which 3 Celebrity Friends She First Told About Her Relationship with Jessica Betts

Nash and Betts tied the knot last August. The Claws actress has previously said that her marriage to the singer "has absolutely nothing to do with gender and it has everything to do with her soul."

"She is the most beautiful soul I have ever met in my life," Nash told PEOPLE in September. RELATED: Jessica Betts Says Niecy Nash Was 'Reluctant' About Relationship at First: 'I Was Chasing Her'

Nash added at the time that she didn't feel her marriage to Betts "is my coming out of anywhere, but rather a going into myself and being honest about who I love."

During a recent episode of Red Table Talk, Nash joked she "broke the internet" when her marriage to a woman was revealed — but reiterated that she is led by love.

"A lot of people say that, like, 'Oh, you came out!' and I say, 'Well, from out of where?' You know what I mean?" Nash said of her sexuality. "I wasn't anywhere to come out of. I wasn't living a sexually repressed life when I was married to men, I just loved them when I loved them. And now I love her."