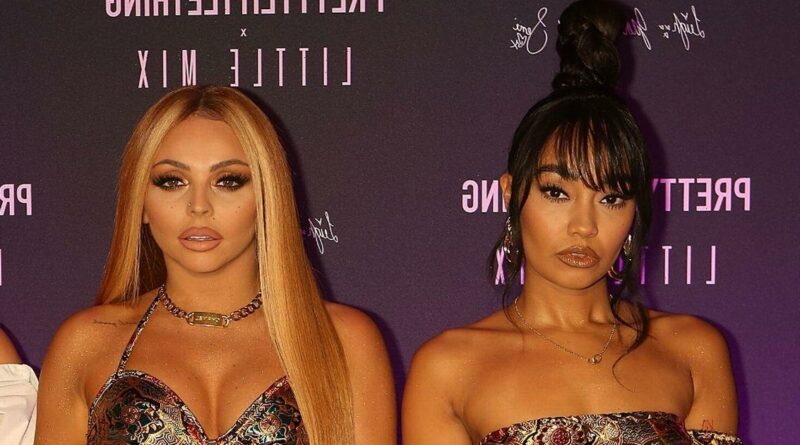 Jesy Nelson appears to have "agreed with Nicki Minaj" following her explosive rant, according to a body language expert.

During an Instagram Live to promote their single, Boyz, Nicki and Jesy joined forces and discussed the alleged direct messages sent by Leigh-Anne Pinnock to a social media influencer, urging him to post a video about Jesy's "blackfishing".

Jesy, 30, has come under fire in recent months for appearing to change the colour of her skin tone and hairstyles with some claiming she is blackfishing.

Seemingly taking the direct messages as fact, Nicki, 38, said: "Immediately that person has to wear a big red clown nose and big clown boots because you're a big f**ing clown."

The Superbass musician continued: "Sweetheart take them text messages and shove it up ur f**king a**, because when you do clown s**t I gotta treat you and talk to you like you're a clown.

"It screams insecurity, it screams that you're jealous, only jealous people do things like this and now you just look like a big jealous bozo," all while Jesy, 30, remained silent, apart from erupting into lighter during one part of Nicki's rant.

Speaking exclusively to Daily Star, Dennis Relojo-Howell of Psychreg, said: "Leaning back is one of the most powerful indicators of human emotions.

"This is because we are hardwired to distance ourselves from anything that signals danger, as can be seen from the clip, although Jesy was leaning back she was relaxed and listening intently to Nicki Minaj's comments about Leigh-Anne Pinnock."

Dennis continued: "At one point, Jesy can be seen slightly compressing her lips, some studies have demonstrated that when a person compresses their lips suddenly, this can indicate that they are about to express disagreement or uncertainty.

"People with compressed lips are also likely to reveal or react as little as possible, however, Jesy also gave a little smile and nodded slightly towards the end of the clip which is also a telltale sign that someone is in agreement."

Nicki believed that Leigh-Anne had spoken out about Jesy's "horrible" behaviour due to Boyz charting at number one on iTunes despite the official chart position being revealed on Friday.

"Unless someone is pretending to be a race that they're not and lying – and I could tell you a couple a people – sweetheart, take them text messages and shove them up your a*s because when you do clown s**t I've got to treat you, let her enjoy her time."