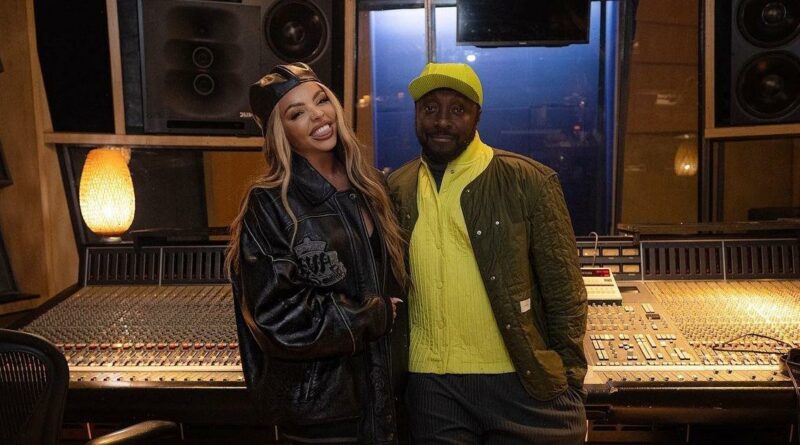 Former Little Mix star Jesy Nelson shared a series of snaps online of her in the studio with singer and rapper will.i.am.

The singer, 30, took to Instagram on Tuesday to post the behind the scenes photos as they worked on new music together.

In the snap to her 8.5million followers, the former Little Mixer captioned the photo series: "Studio with one of my fave humans @iamwill", followed by a white love heart.

Jesy looked stunning as she posed for several snaps sporting a black bra under an oversized black leather jacket while creating some music magic in the Los Angeles studios.

Will.i.am looked effortlessly chilled in a bright yellow gilet under a khaki jacket – he donned grey jogging bottoms and accessorised with a lime green hat.

Earlier in the month, the Boyz singer promised her fans that her new music would be "worth the wait" as she shared a snap of her working hard during a recording session in America.

The solo singer who was next to producer Sunny in the studio wrote: "I've never needed this trip more in my life! I'm beyond excited for you guys to hear this next part of my journey."

She added: "This record is my whole heart and I know you guys have been so patient but I want you to know that it will be worth the wait."

Last month Jesy flew out across the pond to work on some new music in LA and has kept fans updated as she documents her time abroad.

According to The Sun, Jesy is teaming up with the writer behind Little Mix's fifth number one Sweet Melody, Tayle Parx.

A source told the publication: "She has an incredible track record when it comes to writing smash hits, so Jesy is hopeful they will be able to cook up something great together.

"They knew each other via industry friends, so it seemed like a no-brainer to reach out and get her on board."