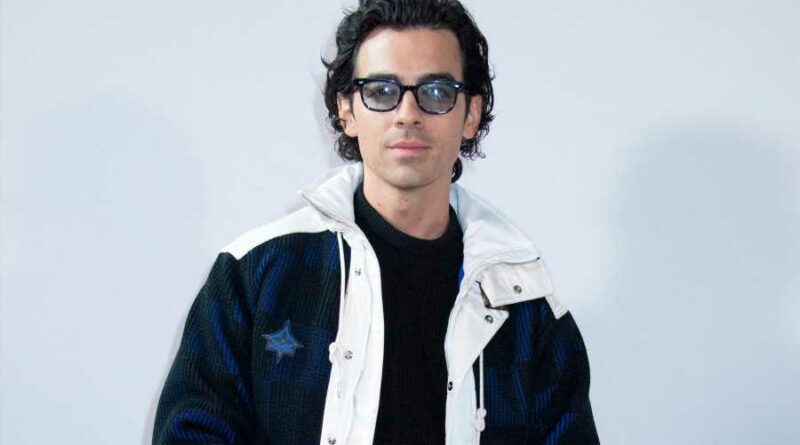 Joe Jonas is down to catch a “Lovebug,” but not spiders that fly. On Wednesday, the JoBro shared a TikTok alongside his wife Sophie Turner as the two reacted to a TikTok sound describing the possibility of “an invasive species of giant parachuting spiders.”

“The spiders can travel using their webs like parachutes and ride the winds and have the ability to survive cold,” says the audio as Joe — sporting slicked-back hair, a comfy sweater, matching nails, and dark frame glasses — looks concerned and shocked at the arachnoidal possibilities. (Same.)

But then, a sense of solace as the audio teaches the pair more about the Joro spider. “While the spider does look very scary, the good news is that its fangs are so small relative to most human skin that it probably won’t be able to get its fangs into you even if it wanted to,” the audio says as Jonas and Turner show their relief.

So yeah, Joe. You’re not getting bitten by a spider any time soon. “Oh… ok” he captioned the video. (The best part about their TikTok was its comments: “Spider-Man: on his way home,” wrote one user joking about the couple recording the video in the car.)

Joe Jonas Wants DNCE to Be the Next E Street Band

Jonas’ video refers to the actually real, possible invasion of East Asian “palm-sized flying spiders” across the East Coast, according to Scientific American. (“People should try to learn to live with them,” Andy Davis, a research scientist at the University of Georgia who studied the bugs, said in a statement.)

Arachnophobia aside, Jonas caught up with Rolling Stone last month to chat about his band DNCE and what he would like it to become in the future. “I think what DNCE always did so well was bring joy to people, which is what I wanted to do with this new batch of music,” he said. “Obviously it’s still very tricky times, but it reminds us all of being able to go out there and dance and enjoy life.”