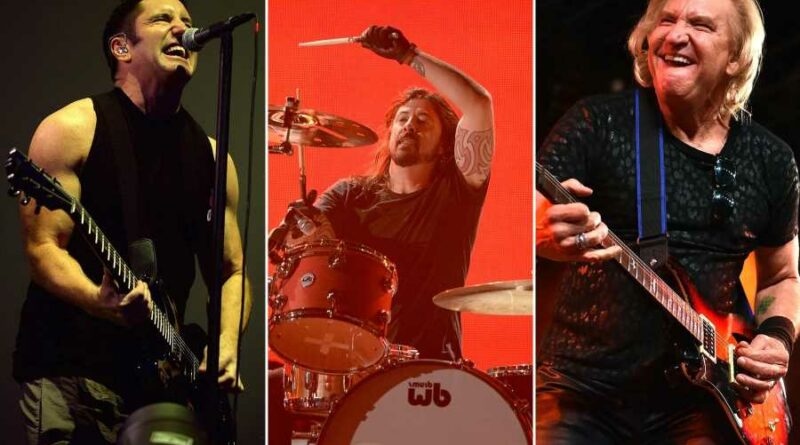 Joe Walsh’s James Gang will reunite for “one last ride” with help from Dave Grohl at the all-star, Ohio-themed VetsAid 2022 concert. Nine Inch Nails, the Breeders, and the Black Keys are also set to perform at the show, set for Nov. 13 at Columbus’ Nationwide Arena.

The James Gang trio of Joe Walsh, bassist Dale Peters, and drummer Jim Fox — the same lineup behind the hits “Funk #49” and “Walk Away” — will reunite for the first time in over 15 years for the sixth annual VetsAid concert, which Walsh started in 2017 to raise money for veterans’ services charities.

This year’s VetsAid is a celebration of Ohio rock, with the Cleveland-based James Gang, Dayton’s the Breeders, Cleveland’s Nine Inch Nails, Akron’s the Black Keys, and the Warren, Ohio-born Grohl.

The show will also be hosted for the third time by Cleveland native Drew Carey.

“It all started in Ohio,” Walsh said in a statement. “Picking up my first guitar as a kid in Columbus set me on a musical journey to Kent State, Cleveland, and then the world. Now it is a great privilege and humbling opportunity for me to share the stage once again with my original James Gang buddies and with this absolutely incredible group of Ohio rock legends like Trent Reznor and Nine Inch Nails, the Black Keys, the Breeders, and Dave Grohl. I believe in Ohio and look forward to celebrating our musical legacy while honoring our veterans with VetsAid 2022.”

Tickets for VetsAid 2022 — featuring what is promised as the “final” James Gang performance — go on sale to the public on Friday, August 5.