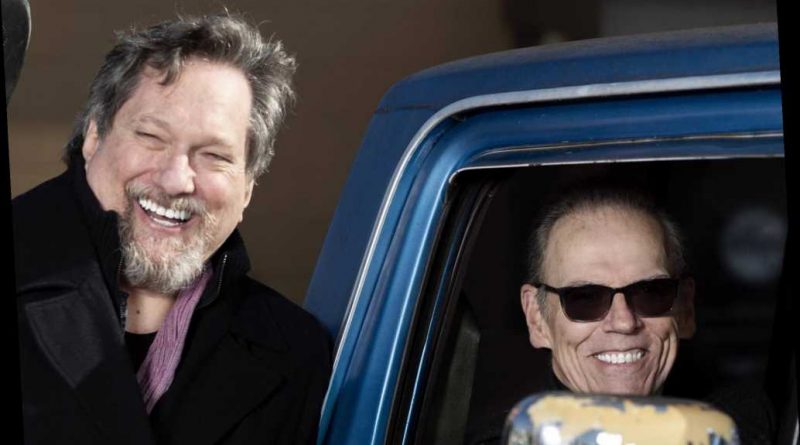 John Hiatt and the instrumental aces of the Jerry Douglas Band have teamed up for their first collaborative album, Leftover Feelings. The first release from the project, which is due out May 21st, is “All the Lilacs in Ohio.”

A lively uptempo tune driven by Douglas’ lyrical Dobro licks and soaring fiddle, “All the Lilacs in Ohio” tells of a love that never quite happened and the powerful memory that still lingers. “You met her there on a New York City stair/You were throwing up on your shoes,” Hiatt sings, his gruff vocals setting the scene for this fleeting encounter. His protagonist is left with a handkerchief that smells like springtime and he carries the item with him, dreaming of what might have been. The musicians come together for a rousing group sing-along in the chorus, “All the lilacs in Ohio, there ya go/In city streets and dirty winter snow,” they sing.

Leftover Feelings was recorded at Nashville’s RCA Studio B, the same facility where Elvis Presley, the Everly Brothers, Dolly Parton and many others cut some of their greatest work. The musicians are shown in the studio during the recording sessions for Leftover Feelings in a video for “All the Lilacs in Ohio.”

This release follow’s Hiatt’s stripped-down 2018 album The Eclipse Sessions, which appeared after a four-year break. Douglas regularly records with other artists, but his own group released the album What If in 2017, featuring a cover of the blues classic “Hey Joe.”