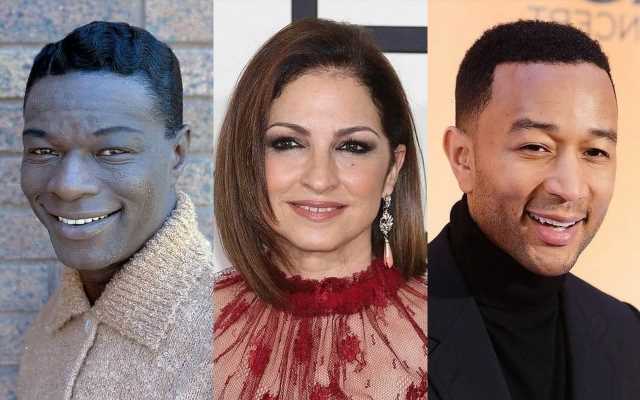 The new version of ‘A Sentimental Christmas’ is scheduled to be released this coming festive holiday to celebrate the 75th anniversary of the classic album.

AceShowbiz –John Legend and Gloria Estefan are among the stars who have recorded virtual duets with legendary singer Nat King Cole to celebrate the 75th anniversary of his classic Christmas album.

“A Sentimental Christmas With Nat ‘King’ Cole and Friends: Cole Classics Reimagined” features revamps of 11 of the beloved crooner’s favourite festive tunes, with some reworked as duets with many artists who never met the great man.

The album opens with Johnny Mathis and Cole’s take on “Deck the Hall” and “Joy to the World” and ends with Legend and Cole’s “collaboration” on “The Christmas Song (Chestnuts Roasting on an Open Fire)” – the project’s first single, which is available to download now.

Cole first released the holiday album, “A Sentimental Christmas“, in 1946, and the revamped version also features duets with Kristin Chenoweth and Calum Scott.

The project has been mixed by Dave Reitzas, the man behind Natalie Cole‘s beautiful Grammy-winning duet-from-beyond-the-grave with her father on “Unforgettable”.

The new “A Sentimental Christmas” will be released by Decca on 29 October (21).

John Legend also has his own holiday collection. Released in 2018, “A Legendary Christmas” featured Stevie Wonder and Esperanza Spalding and added Kelly Clarkson on the deluxe version. He followed it up with a new record “Bigger Love” last year.

Meanwhile, Gloria Estefan offered her first festive LP “Christmas Through Your Eyes” in 1993. Her latest studio installment “Brazil305” came out in 2020.