To paraphrase the immortal words of Taylor Swift – John Legend would very much like to be excluded from Kanye West’s Donald Trump supporting narrative.

Last night (April 25), Kanye appeared to reaffirm his support and admiration for the US President by tweeting a picture of his signed Make America Great Again red cap, and by then referring to Trump as his “brother” in another tweet.

The rapper defended his friendship with Trump by tweeting: “You don’t have to agree with trump but the mob can’t make me not love him. We are both dragon energy.

“He is my brother. I love everyone. I don’t agree with everything anyone does. That’s what makes us individuals. And we have the right to independent thought.”

The 40-year-old star also shared a photo of Trump thanking him for his complimentary tweet on Twitter.

Legend posted a tweet which could be deemed as a response to Kanye’s Trump love-in, although he didn’t name either in his post, in which he brought up race in his criticism.

“Imagine there’s some comfort in imagining a future without racism and projecting that onto the present. Thinking if we just deny the truth, it doesn’t exist,” the singer wrote.

“If history is erased, we don’t have to deal with its consequences. However…Far too many people don’t have the luxury of closing their eyes and ears. They feel it in their lives and can’t act like what they see and know doesn’t exist.” 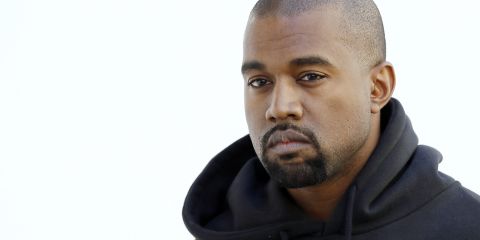 He concluded: “I love that great, brilliant artists have the power to imagine a better future. But artists can’t be blind to the truth.”

Meanwhile, Get Out‘s Jordan Peele responded to Kanye’s sunken place reference – from Peele’s Oscar-winning movie – by tweeting: “*Gets inspired *Starts writing Get Out 2.”

But Chance the Rapper actually lent his support to Kanye amid the backlash by tweeting: “Black people don’t have to be democrats.”

As for Kanye, he’s still tweeting up a storm…