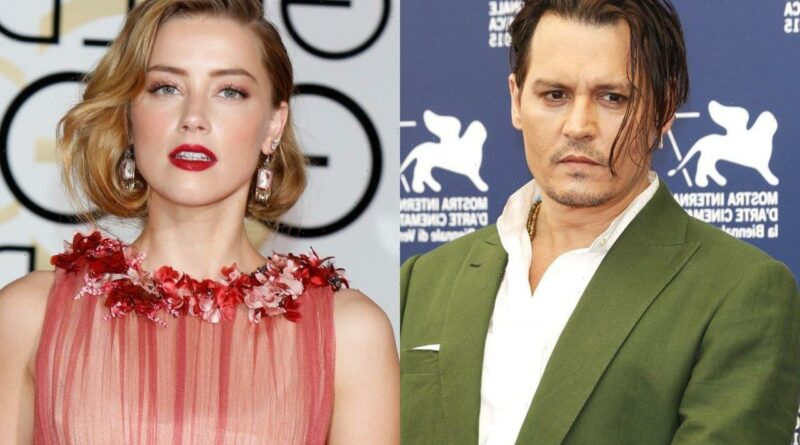 In his and Jeff Back’s forthcoming album ’18’, which is set to be released on Friday, July 15, the ‘Pirates of the Caribbean’ actor appears to shade the ‘Aquaman’ star after winning the defamation case against her.

AceShowbiz –Johnny Depp celebrates his victory in his defamation trial against Amber Heard with a new album. The “Fantastic Beasts and Where to Find Them” actor reportedly takes a jab at his ex-wife in the album, which is set to be released on Friday, July 15.

According to the Sunday Times, Depp calls out the “Aquaman” actress through the lyrics on multiple songs in the upcoming effort. Titled “18”, the album is collaboration between Depp and former Yardbirds guitarist Jeff Beck.

In a song titled “Sad Motherf**kin Parade”, the actor sings, “You’re sitting there like a dog with a seven-year itch/ If I had a dime, it wouldn’t reach your hand.” On another tune, the “Edward Scissorhands” actor rhymes, “I think you’ve said enough for one motherf**king night.”

Prior to the album release, some singles have been out and that included “The Death and Resurrection Show” and “This Is a Song for Miss Hedy Lamarr”. The 59-year-old actor additionally released a few covers which will be on the album and they were The Beach Boys‘ “Caroline, No”, The Velvet Underground‘s “Venus and Furs” and John Lennon‘s “Isolation.”

Depp and Beck announced their new studio album collaboration in June. “When Johnny and I started playing together, it really ignited our youthful spirit and creativity,” Beck said in the duo’s joint statement. “We would joke about how we felt 18 again, so that just became the album title too.”

Depp currently joins Beck as a guest on his European tour, which will end July 25. “It’s an extraordinary honor to play and write music with Jeff,” Depp said in the statement. “One of the true greats and someone I am now privileged enough to call my brother.”

Their new project aside, Depp had just ended his highly publicized defamation lawsuit, which he eventually won, against Heard. He sued Heard for defamation following an article she wrote for the Washington Post in 2018 that alleged abuse against her from an unnamed partner. He was awarded over $10 million in compensatory damages and $350,000 in punitive damages, while Heard won $2 million in her countersuit against Depp.