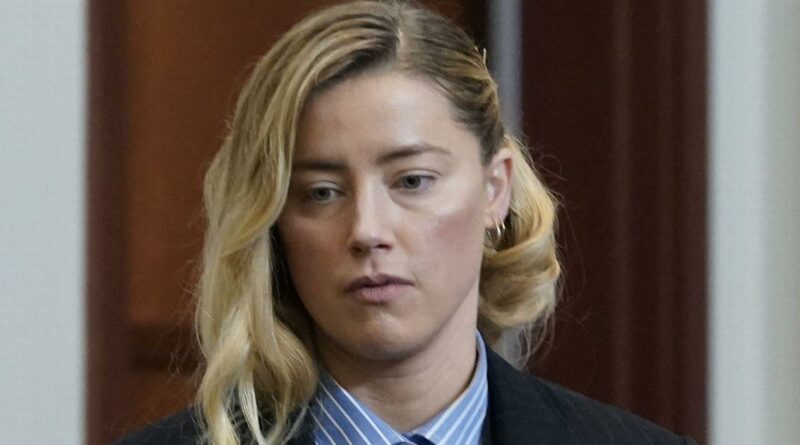 Johnny Depp’s lawyers provided images of Amber Heard appearing on The Late Show with James Corden, seemingly looking fresh faced. She was interrogated by his legal team, after accusing Depp of beating her the night before.

She alleged that he had head butted her in an attack and attempted to smother her with a pillow. Heard told the court that she was left with black eyes, a bloodied busted lip and thought her nose was broken.

The alleged attack, outlined by Heard, occurred in December 2015. She told the court that it was so bad, she thought I was how she would “die” saying “he’s going to kill me and he won’t have even realised it.”

Heard went on to tell the court how she had to use makeup to disguise the bruises, opting for a dark red lipstick to hide the bruises on her lip.

The court case comes as Mr Depp is suing Ms Heard following an op-ed she wrote in The Washington Post, which his lawyers have said falsely implies he both physically and sexually abused her while they were together.

Mr Depp has denied all accusations.

In response to the cross-examination, Heard defended herself by responding: “'I got worried that I wouldn't be able to hide the bruising and swelling.

“I iced it all night and the next day checked in the mirror to see if I could get away with it, meaning hiding it, so I could make an appearance.”

She alleged: “They worked around the bruising by covering it with heavy makeup, heavier makeup than normal bruise covering makeup.

“I remember my lip was still bleeding and swollen so we did this really thick super heavy matte red lipstick and I remember very well at the time that we had no choice in colour, and that was one of my favourite colours to wear

“On this occasion we had no choice because we had to hide my busted lip.”

Other occasions where Heard claimed that Depp had assaulted her were questioned by Depp’s attorney, Camille Vasquez.

Vasquez called on other accounts of assault, where the following day Heard was photographed without bruises and cuts on her face, despite alleging such horrific attacks by Depp.

There was an incident alleged by Heard that occurred in Russia in June 2013, where she claimed Depp hit her in the face.

Vasquez questioned why the following day they were pictured promoting his film The Lone Ranger with no bruises or marks.

The couple were also pictured at the Met Gala in 2014, where Heard told how Depp allegedly broke her nose the night before.

Heard told the court: “You should see what it looked like under the makeup.”