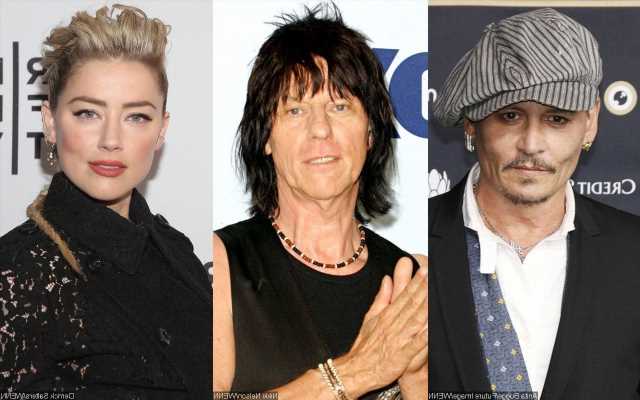 Though the ‘Pirates of the Caribbean’ actor doesn’t speak about his legal victory on stage, his musician pal and the legendary guitarist refers to it as saying, ‘What a result.’

AceShowbiz –Johnny Depp is seemingly still celebrating his legal victory. The “Pirates of the Caribbean” actor played another gig with Jeff Beck in Gateshead as he made his first public appearance since winning his defamation case against ex-wife Amber Heard.

The 58-year-old actor once again joined the legendary guitarist on stage during the latest performance of his U.K. tour on Thursday, June 2. Though he did not speak about the legal victory, Beck referred to it, saying, “What a result.”

The musician also revealed that he would be teaming up with Depp to make an album that will be released next month. Beck told the crowd, “I met this guy five years ago and we’ve never stopped laughing since. We actually made an album. I don’t know how it happened. It will be out in July.”

The pair previously released a cover of the John Lennon‘s song “Isolation”, which they played during the gig and they also fronted covers of Marvin Gaye‘s “What’s Going On” and Jimi Hendrix‘s “Little Wing”.

Johnny was absent from the Virginia court on Wednesday, June 1 as the verdict was reached and the jury decided that Heard’s claim that she was a victim of domestic abuse was defamatory and false.

Johnny had said that he was “truly humbled” to win the case, where he was awarded $15 million in damages. In a statement, the actor said, “Six years ago, my life, the life of my children, the lives of those closest to me, and also, the lives of the people who for many, many years have supported and believed in me, were forever changed.”

“All in the blink of an eye. False, very serious and criminal allegations were levied at me via the media, which triggered an endless barrage of hateful content, although no charges were ever brought against me,” Depp continued. “It had already traveled around the world twice within a nanosecond and it had a seismic impact on my life and my career.”

Depp, who shares children Lily-Rose Depp, 22, and Jack, 20 with his former partner Vanessa Paradis, continued, “And six years later, the jury gave me my life back. I am truly humbled. My decision to pursue this case, knowing very well the height of the legal hurdles that I would be facing and the inevitable, worldwide spectacle into my life, was only made after considerable thought.”

“From the very beginning, the goal of bringing this case was to reveal the truth, regardless of the outcome. Speaking the truth was something that I owed to my children and to all those who have remained steadfast in their support of me,” Depp added. “I feel at peace knowing I have finally accomplished that.”