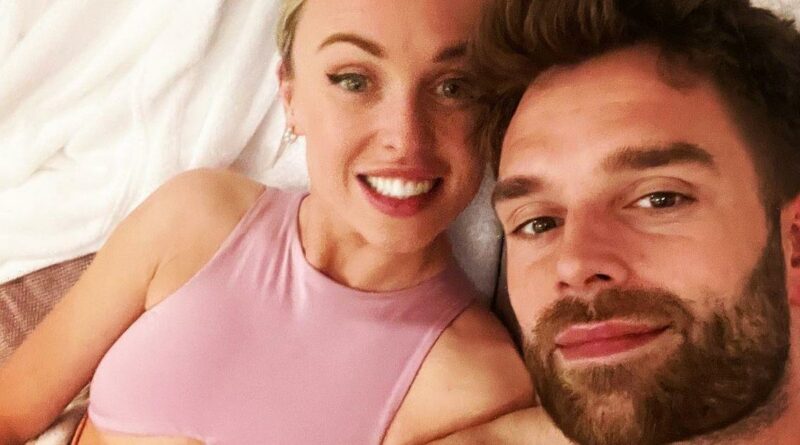 Hollyoaks actress Jorgie Porter has said that her fiance will never cheat on her as they have “complete trust” in their relationship,

She opened up on the Loose Lips podcast about their relationship and spoke about her boyfriend Ollie Piotrowski and Denise Van Outen’s split from Eddie Boxshall.

Jorgie said: "I am so impressed with Denise's way of handling this, they are on Gogglebox as well, they're sat together and you kind of get invested in them as people. I think the way she is handling it is very admirable and is a very strong thing to do. I suppose you have to because she's in the public eye and had to rewrite the end of her book."

The Hollyoaks star also touched upon looking through partner’s phones and said that she “doesn’t have anything to hide”.

She opened up about their relationship: "[Ollie and I] both know each other's passcode and I think we have from the beginning because I don't have anything to hide. I know that he won't go on my messages and if he does then he won't find anything.”

Porter labelled their union as “total and complete trust”, which she has “never had this amount of before”.

She went on to explain how there was a time when he was “sort of hiding his phone” which made her confused and speculative about the reason behind his strange behaviour, but it turned out that he was “trying to hide the engagement”.

“I would cut his d*** right off if he was cheating and I think he knows,” she jokingly threatened.

The conversation then turned to Denise’s previous relationship, which was ended when Denise called off their engagement after she found out he had been sending messages to other women.

Jorgie labelled Eddie a “creep” and called him out for lying throughout their relationship.

The actress scathingly said: "Let them be with someone who will love them unconditionally. Denise has been very attractively fun and she does way better than this actual creep."

She justified her insult because “that’s what he’s proven to be”.

In her book, Denise recalled how she found her fiancé’s X-rated messages, which she branded “disrespectful and devastatingly hurtful”.