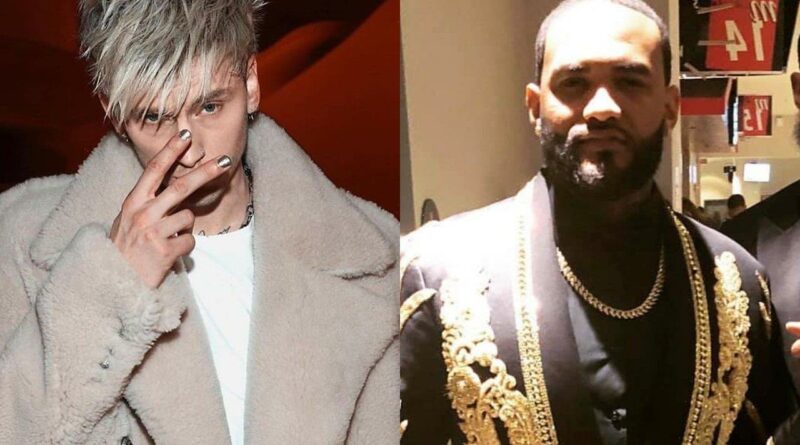 During his rant, the ‘Ross Capicchioni’ rapper also claims that he refused to perform at the 2022 festival because its officials offered him ‘weak a**’ money.

AceShowbiz –Joyner Lucas recently went on a Twitter rant against Lollapalooza. The “Ross Capicchioni” rapper publicly called out the festival for putting his name on the flyer for the 2022 event with a tiny font, unlike headliner Machine Gun Kelly‘s.

“These festivals is gon stop playing with me like I ain’t that n***a,” the emcee first penned on Wednesday, March 23. “Putting my name next to the names of a bunch of random n***az that nobody heard of and offering me a weak a** [money]. Then I say no to the offer and these h*e a** n***az put me on the flier anyways. @lollapalooza.”

“N***az is on gon start putting respek on my name. For years I been getting these weak a** offers like I’m some lil n***a,” he went on fuming. “Then n***az who ain’t even on my level or doing my numbers is getting put in BIG LETTERS while they write my s**t hella small on the flier.! How sway?!!”

Lucas made it clear that he is “the biggest independent artist period with the exception of my n***a tech.” He then emphasized, “And I got the numbers & the fans & the [money] to back that statement up. How is it that these festivals keep tryna bunch my name up with a bunch of n***az who ain’t on my level?. n***a I’m JOYNER LUCAS.”

The 33-year-old then urged Lollapalooza to “better take my f**kin name off that flier.” He further raged, “I ain’t agree to that lineup and I don’t want that weak a** [money] n***az tried to give me. Next thing I kno the flier goes out and they gon put my name in some tiny a** letter like i ain’t me. F**k outta here!”

Not stopping there, Lucas took a shot at MGK, who has been tapped as one of the headliners. Sharing a photo of the “Bloody Valentine” rocker showing his black-painted tongue, Lucas asked, “Then you got this goofy a** n***a headlining? Smh how sway?”

“someone said ‘don’t bring out the rap devil’… maaaaannnn listen. Lol What my brother Marshall did to this n***a @machinegunkelly is light compared to what’s waiting if he wanna walk down that street wit me,” Lucas added, referring to MGK’s 2018 feud with Eminem. “Ain’t nobody worried bout a n***a who paints his nails. foh.”

Both Lollapalooza and Kelly have yet to respond.