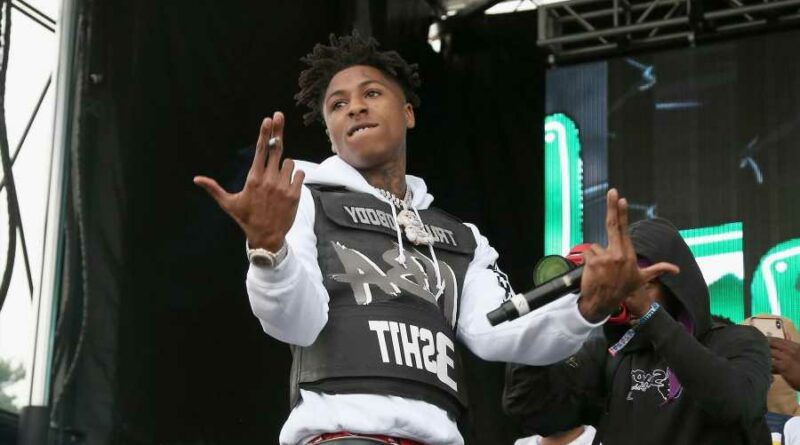 Chart-topping rapper YoungBoy Never Broke Again appeared in a Los Angeles federal courtroom on Tuesday to kick off the first of two felony gun possession trials he is currently facing. In court, the judge ruled to exclude the use of his rap lyrics as evidence.

The decision from U.S. District Judge R. Gary Klausner marked a key ruling in the rapper’s favor amid the pending prosecutions — one in California, one in Louisiana — that are threatening to land the Sincerely, Kentrell artist in prison for years if he’s convicted.

Prosecutors sought to use lyrics from YoungBoy’s songs Gunsmoke, Life Support, and Lonely Child to prove their case. In a filing Monday, prosecutors said they wanted to use the lyrics “FN, Glock, MAC-10s” from Gunsmoke to show Gaulden’s alleged “familiarity and knowledge of FN, the high-end manufacturer of the gun found in (his) car that he denies knowingly possessing.”

Gaulden’s defense team successfully blocked the request, arguing in a dueling filing that the rapper’s lyrics were irrelevant.

“These lyrics are highly prejudicial as they discuss hardcore rap which has been empirically established to be more negatively received than other genres of music. It would be one thing if the music described this arrest. But a song referencing a similar gun well before the gun in the indictment was purchased and another song referencing a jeweler whose relationship with Mr. Gaulden is not in dispute offer very minimal probative value and are substantially outweighed by the prejudice contained within the words of the songs,” Gaulden’s legal team led by Baton Rouge lawyers James P. Manasseh and André Bélanger wrote.

“Even if Mr. Gaulden is familiar with various models of guns and sings about them, it does not mean that he knew this particular gun was secreted on the passenger floor of the Maybach when police attempted to pull his car over to arrest him,” the defense argued.

Now serving pre-trial house arrest after his release from jail in October, YoungBoy, born Kentrell Gaulden, has pleaded not guilty in both the California and Louisiana cases that center on the same charge: that he was a felon in possession of a firearm deemed off-limits due to his 2017 conviction for aggravated assault with a firearm.

The Louisiana case, which was due to be tried first but has since been delayed, involves disputed allegations that Gaulden jointly possessed two guns when he was arrested along with 16 other Black men in Baton Rouge on September 28, 2020. After securing an indictment in that case, FBI agents began surveilling Gaulden in Los Angeles and coordinated with LAPD to pull over his Mercedes Maybach on March 22, 2021. Authorities ended up using a helicopter and trailed K-9 units in the arrest. An FN .45 caliber pistol was then located on the backseat floorboard of the Maybach, as well as more than $100,000 worth of jewelry from Shyne Jewelers in Philadelphia.

The trial in federal court in Los Angeles is expected to last four days. A jury was selected Tuesday morning, with opening statements set for Tuesday afternoon.

The ruling to exclude Gaulden’s rap lyrics followed after a federal judge in Louisiana upheld a different key ruling last month that a cache of personal videos seized at the time of Gaulden’s Baton Rouge arrest nearly two years ago will remain off-limits to federal prosecutors due to an improper search warrant.