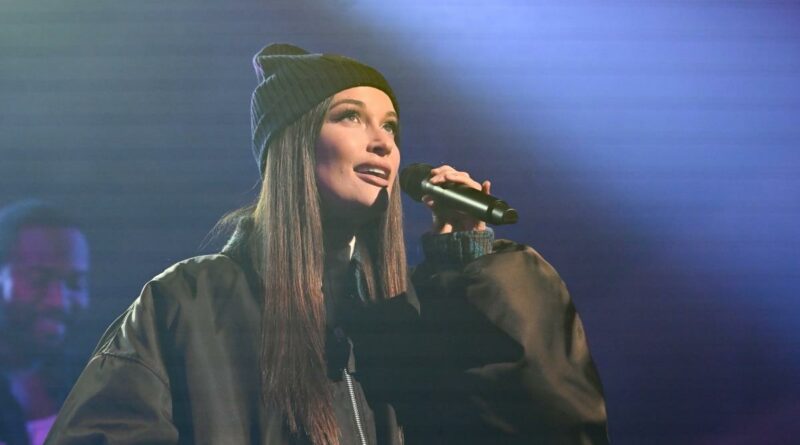 Kacey Musgraves performed “Breadwinner,” her scorched-earth indictment of a guy who is attracted to his woman’s shine until it eclipses his own, on The Late Show With Stephen Colbert on Monday night. A deceptively upbeat jam in the same musical vein as Musgraves’ “High Horse,” its lyrics are both eviscerating and cautionary.

“He wants your dinner until he ain’t hungry anymore,” sang Musgraves, dressed in an oversized winter coat and beanie, as one-hundred-dollar bills floated around her and her band. “I wish somebody would’ve told me the truth/See, he’s never gonna know what to do/With a woman like you.”

“Breadwinner” appears on Musgraves’ new album Star-Crossed, the follow-up to 2018’s Grammy-winning Golden Hour. Unlike that LP, Star-Crossed won’t have a chance to win Best Country Album at this year’s Grammy Awards after the Recording Academy ruled the LP ineligible for the category. The Star-Crossed track “Camera Roll,” which Musgraves performed on the season premiere of Saturday Night Live last month, was declared country enough to compete in Best Country Song.

Following the controversy, Musgraves took to Instagram to post a series of photos of her performing with titans of country music like Shania Twain and Willie Nelson. “You can take the girl out of the country (genre), but you can’t take the country out of the girl,” she wrote.