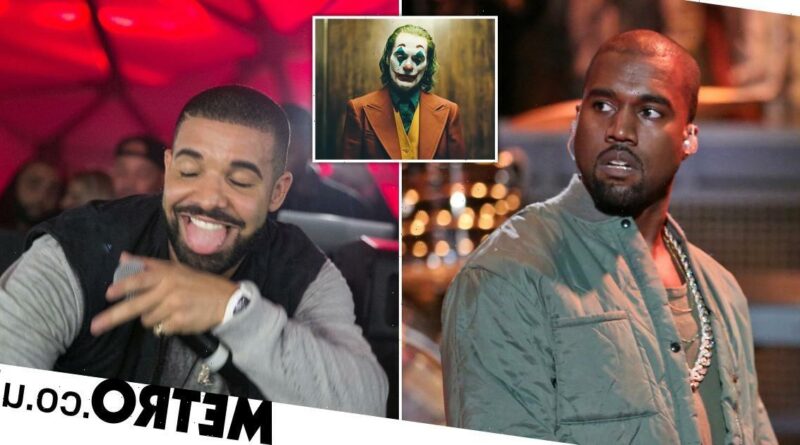 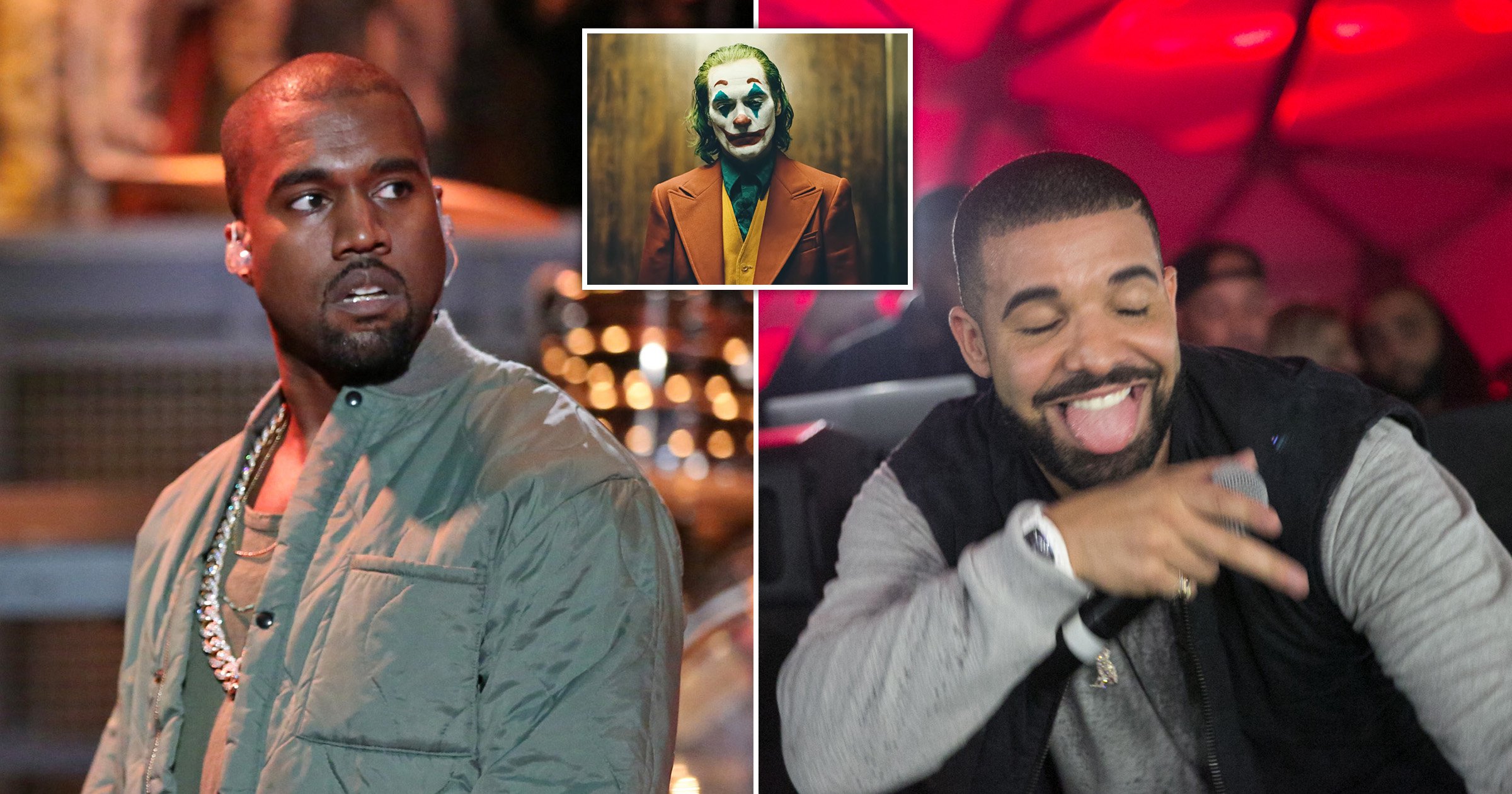 Kanye West has responded to Drake’s new diss track as the rappers continue to feud over suggestions of an affair with Kanye’s ex-wife Kim Kardashian.

Airing the latest move in their beef in public, Kanye shared a now-deleted post on Instagram, revealing a group message he had sent to eight people, including his friend Pusha T, who was added to the conversation most recently.

One of the other recipients had the initial ‘D’, leading to speculation it was Drake.

The first message was simply a picture of Joaquin Phoenix as the Joker from the 2019 DC movie, for which the actor won an Oscar.

The second message was more direct and said: ‘I live for this.

‘You will never recover. I promise you.’

Drake collaborated with rapper Trippie Redd on the track Betrayal, which was released on Friday.

In his guest verse, Drake appeared to call out Kanye, referring to ‘Ye’ and the rapper’s exact age, which is 44, and labelling him ‘burned out’.

Pusha T’s presence in the messages also suggests it was aimed at – and possibly sent to – Drake, as he and Drake have been feuding for over 10 years, with things becoming particularly heated in 2018 when Pusha revealed that Drake had a son, Adonis, whom the rapper had not yet publicly acknowledged.

Just a month after reality TV star Kim filed for divorce from Kanye in February, Drake hinted he had slept with her by rapping about having sex with a woman named Kiki on his track In My Feelings.

Kiki is Kim’s nickname in the Kardashian family.

Yeezy is still yet to release – or confirm an official released ate for – his hotly-anticipated album Donda, named after his late mother, who died from complications after cosmetic surgery in 2007 at the age of 58.

Since sharing the deleted Joker messages, the rapper has wiped his Instagram account and posted a photo of his childhood home.

Recently announcing a third album listening event for August 26, this time in Chicago’s Soldier Field stadium, the latest update fans had to go on before then was an updated album description on Apple Music.

The album is expected to feature 24 tracks and include collaborations with Pusha T, Jay Z, Playboi Carti and Travis Scott.

It’s also said to feature lyrics about his split from wife Kim Kardashian, who has supported the album release by attending the listening events with their four children: North, eight, Saint, five, Chicago, three, and two-year-old Psalm.