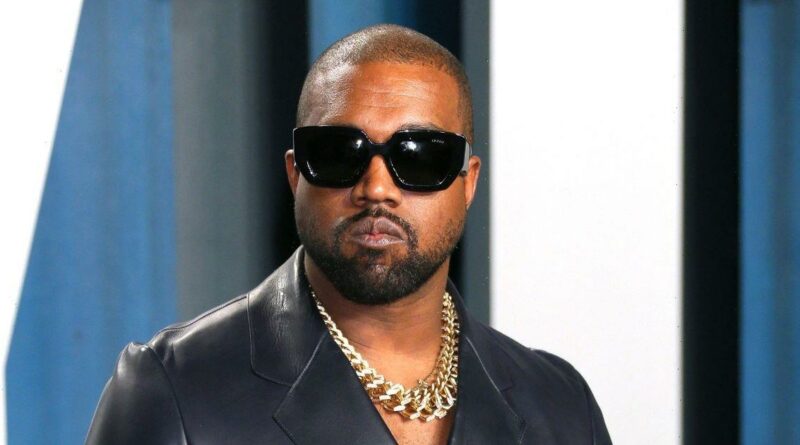 The 45-year-old rapper is believed to have married the Yeezy architect in a private ceremony as the pair have now been spotted wearing wedding rings.

According to TMZ, their union is not reportedly legal as they have not filed a marriage certificate, however sources told the site that the ring symbolises his commitment to her.

The duo were pictured enjoying a bite to eat at the Waldorf Astoria in Beverly Hills earlier this week.

It is unknown how long the pair have been an item, but the designer joined Kanye's Yeezy company in November 2020.

Last month, the dad-of-four paid tribute to his new 'wife' with the release of his new song titled Censori Overload.

Their surprising nuptials come just a few months after the finalisation of his divorce from wife of seven years Kim Kardashian.

Opening up on their split, Kim insisted she gave it her all before deciding to go through with the divorce.

Host Andy Cohen asked: "If I asked you point blank, 'Why did your marriage not work?' what would you attribute it to?"

Kim responded: "I honestly don’t think I would even say it here on TV, but it was not like, one specific thing that happened on either part.

‘"I think it was just a general difference of opinions on a few things that led to this decision. And like, in no way would I want someone to think that I didn’t give it my all, or not really try. You know, we have four kids.

"There’s nothing that I think parents would want more than to see, or even kids want more, than to see their parents together. I grew up and I lived that myself."

This is a breaking showbiz story and is being constantly updated. Please refresh the page regularly for the latest news, pictures and video.

You can also get email updates on the day’s biggest celeb stories straight to your inbox by signing up for our showbiz newsletter .


Get all the very best headlines, pictures, opinion and video on the day’s top showbiz stories by following Daily Star every time you see our name.

Keep up-to-date with your must-see showbiz stories, features, videos and pictures throughout the day by following us on Facebook at facebook.com/DailyStarShowbiz