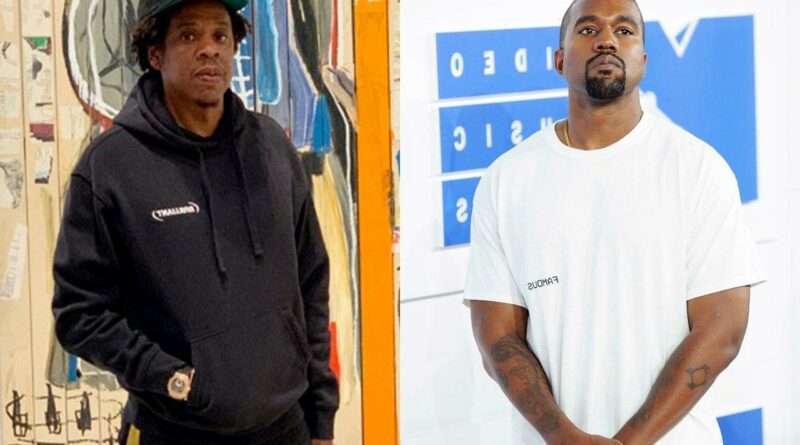 Meanwhile, Kanye’s fans jokingly attack media personality Justin LaBoy after he announces that the MC will release his 10th album ‘Whenever [he] wanna drop it.’

AceShowbiz –Kanye West and Jay-Z‘s other project apparently is in the works. While the “Gold Digger” rapper has once again postponed the release of “Donda”, he reportedly will release “Watch the Throne 2” with Hov at the end of 2021.

Revealing the news was media personality Justin LaBoy via Twitter. ” ‘Watch The Throne 2’ coming end of the year. Kanye & Hov about to make history AGAIN. #Donda #Respectfully,” he tweeted, before stressing in another post, “YES. HOV & YE back building again. They both rich enough to quit rapping, but the passion they share of making the fans happy got them back working #Donda #Respectfully.”

Jay-Z himself hinted at the idea of “Watch the Throne 2” while performing at Kanye’s first listening event for “Donda”. He rapped, “Hol’ up, ‘Donda’, I’m with your baby when I touch back road/ Told him, ‘Stop all of that red cap, we goin’ home’/ Not me with all of these sins, casting stones/ This might be the return of The Throne (Throne).”

As for Justin, he was the one who announced that Kanye’s 10th album “Donda” would be dropped on August 6 after it was due on July 23. “KANYE WEST WILL MOVE THE RELEASE DATE OF DONDA TO AUGUST 6TH. THANKS FOR YOUR PATIENCE. HE WANTS TO GIVE HIS FANS THE BEST POSSIBLE PRODUCT WITHOUT RUSHING ANYTHING. HE LOVES YALL WITH ALL OF HIS HEART. GOD BLESS #DONDA #RESPECTFULLY (sic),” he declared at that time.

However, the estranged husband of Kim Kardashian has yet to release his highly anticipated project even after his second listening party. Justin then informed his Twitter followers that they will get the album “whenever Kanye wanna drop it. BUT ITS A CLASSIC.”

Fans have since jokingly slammed the former professional basketball player. “If the album doesn’t drop by 12:30 there’s gon be Russians knocking on your door,” one person quipped, before another added, “I never wanted to harm an individual more then you.”

A third argued, “this is not a game pal WHERE IS ITTTTY WHERE IS THE ALBUM.” Someone else then joked, “Do you know if you can live without your head? Let’s find out, open your front door Justin.” One person, meanwhile, lightheartedly threatened, “There are masked men armed with heavy artillery outside your room as we speak.”