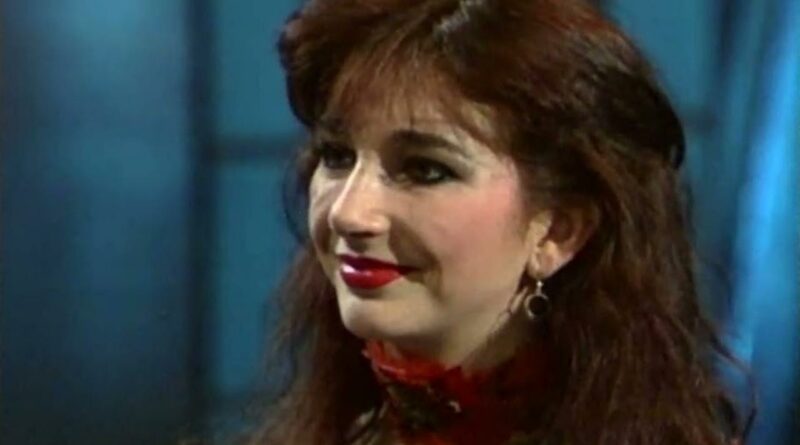 The British singer is over the moon as her classic single ‘Running Up That Hill (A Deal With God)’ is back on the charts after it’s featured in the Netflix hit series.

AceShowbiz –Kate Bush has experienced a “crazy, rollercoaster” year. The 64-year-old singer weighed in on the ups and downs of 2022, including the “horrific” invasion of Ukraine by Russia, the death of Queen Elizabeth, and her own career resurgence after her 1985 single “Running Up That Hill (A Deal With God)” featured in “Stranger Things“.

“I don’t think any of us have ever known a year like this one. Life became incredibly frightening in the pandemic, but just as we think it might be over soon, it seems to keep going,” Kate wrote in a message shared to her website titled “Merry Christmas”.

“It’s a bombardment – the horrific war in Ukraine, the famines, the droughts, the floods… and we lost our Queen. It’s been a crazy, rollercoaster year for me. I still reel from the success of [‘Running Up That Hill’], being the No 1 track of this summer. What an honour (sic)!”

After being featured in the show, the track topped the charts in the UK and Australia, went to number three on the Billboard Hot 100 and returned to the top 10 of the Alternative Airplay chart after a 28-year absence.

And Kate admitted it was “such a great feeling” being introduced to a whole new audience. She said, “It was such a great feeling to see so many of the younger generation enjoying the song. It seems that quite a lot of them thought I was a new artist! I love that! Again, thank you so much to everyone who supported the track and made it a hit.”

The “Wuthering Heights” hitmaker closed her post with a message of hope. She wrote, “I used a little robin in some of my Christmas gifts to friends this year. I felt that this humble little bird, which symbolises Christmas could also symbolise hope in the context of Emily Dickinson’s beautiful words, Hope is the thing with feathers that perches in the soul. I’d like to think that this Christmas when joy is so hard to find, hope will perch in all our souls. Merry Christmas!”