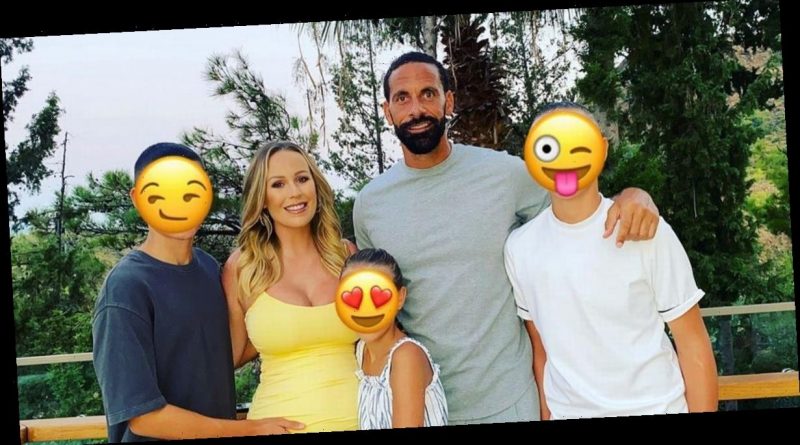 Former TOWIE star Kate Ferdinand has taken to Instagram, hitting out at claims that she may love her newborn son more than her three step-kids.

The 29-year-old explained that she found such comments extremely "offensive" as the family had been through "a lot" together.

Kate stood her ground, completely shutting down any further comments on the subject matter during an open and honest Q&A session with her 1.4million followers on the digital site.

Her fiery response came after the question arose and Kate detailed that she'd been asked the same thing on numerous occasions.

Pulling at everyone's heartstrings, she was adamant that there were zero favourites in the Ferdinand household and that each child was loved equally.

One online user asked: "Do you love your own child a lot more than step-children? I fear this will happen to me."

Which prompted the reality star to share an adorable snap including Lorenz, 14, Tate, 12, and Tia, nine, with their new baby brother Cree, alongside Kate's feelings on the matter.

She penned: "People ask me this a lot, and I can only speak for myself as everyone is different…

"I love all four children equally and I will never see any difference between my biological and nonbiological children."

Kate went on: "Lorenz, Tate, and Tia taught me what it feels like to love a child way before I had Cree.

"We worked so hard as a family to get to where we are now, and I take huge offence if anyone even suggests I would love Cree more than them.

"We have been through A LOT as a family, and that I believe has cemented my love for them so deep that the fact we are not blood is not important."

It's been a steep uphill battle for the Ferdinand clan which now officially includes Kate, who tied the knot with the footballing pundit last year in Turkey during an intimate ceremony prior to the Covid-19 pandemic.

The couple previously took part in a raw documentary with BBC – Rio and Kate: Becoming A Stepfamily – which saw the family find a happy balance when coming to terms with their loss.

The brood also welcomed newborn Cree into their lives in December of last year, with the TV star undergoing an emergency C-section just before Christmas.

After such a rollercoaster of emotions in such a short period of time, it really is no wonder Kate was welcomed with open arms by Rio's three eldest, with the entire tribe sharing an unbreakable bond.