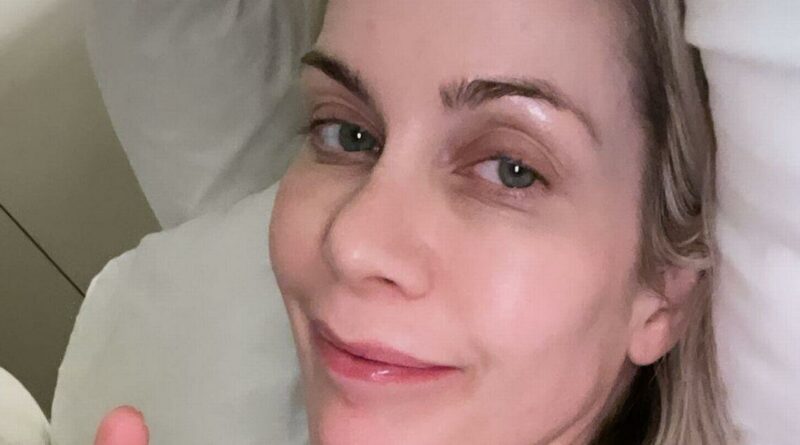 Kate Lawler was rushed to hospital after being struck down with a mystery illness, which she now says serves as a "wake-up call".

The former Big Brother star has since vowed on social media to make changes in her life to "feel better mentally and physically".

The 41-year-old said: "Yesterday was pretty strange. Long story but I ended up in hospital. Got home at 9pm and feeling much better today. I need to make some changes in order to feel better, both mentally and physically.

"But it's easy to forget to look after yourself when you're juggling so much. Still, it's given me a wake up call."

Kate shot to fame by winning series three of Big Brother in the noughties.

The TV star turned radio DJ also recently opened up about her mental health struggles after having her baby daughter Noa.

She shared: “I internalised a lot of my emotions. I just did it at the time because I didn’t want to feel like I was being dramatic.

"I mean, I did feel suicidal, but not until around six weeks. But I really thought it was just a case of the baby blues and we were just going through a bit of a tough time. I did spiral.”

She continued: “I was like, ‘She’s gonna die, she’s gonna die!’ and ‘Is she even meant to be here, Boj? What’s going on?

"Is something bad going to happen eventually? Is she meant to be taken away from us?’ I couldn’t help thinking that she might not… make it.

"Or that it was inevitable she was going to be taken away from us. I couldn’t help but feel that she wasn’t meant to be.”

This comes after Big Brother fans were convinced that the show could be making a huge return after spin-off presenter Rylan Clark teased his followers by saying a "little announcement" was coming.

Fans of the show immediately began to speculate about what it could be, with many hoping it meant a return for the much-missed reality show.

One fan said: "Is Big Brother back? The world needs it," as a second replied: "Totally. Miss it so much."

While a third predicted: "Big Brother's Little Brother is coming back."

However it turned out Rylan is releasing a book to celebrate his 10 years in the showbiz industry.

For more of the latest showbiz news from Daily Star, make sure you sign up to one of our newslettershere.