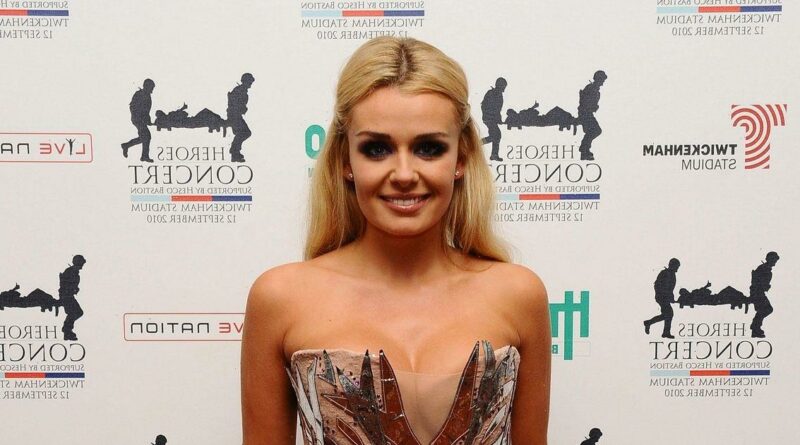 Opera singer Katherine Jenkins has been selected to record the first official version of the new national anthem, God Save the King.

The star was stationed in a rural church in Sussex recording music when BBC Radio 4 got in touch with the request.

Katherine admitted she took a moment of silence to commemorate the late monarch Queen Elizabeth II before singing the new anthem, with the word 'Queen' replaced with 'King'.

The 42-year-old's rendition was featured at the end of the extended World at One programme on Friday afternoon.

Speaking of the special track, Katherine said: "I have only the fondest memories singing the national anthem for Her Majesty The Queen, memories I will always cherish.

"While my heart is heavy with grief; singing this today, for the first time is a huge honour and was sung with the belief that King Charles III's reign will be happy and glorious!"

The Queen passed away peacefully yesterday afternoon (September 8) at Balmoral, with her family around her. She was 96 years old.

An official palace statement released at 6:30pm read: "The Queen died peacefully at Balmoral this afternoon. The King and The Queen Consort will remain at Balmoral this evening and will return to London tomorrow."

Katherine paid tribute to Britain's longest reigning monarch on Instagram, writing: "On this heartbreaking day, my thoughts, prayers and deepest condolences are with King Charles, the Royal family and with my fellow Brits & commonwealth members around the world.

"Your Majesty, thank you for all you have given. You have been a selfless constant in our lives, knowing just what to say in our darkest hours.

"You inspired us with your dignity, your duty and your grace. I am proud to have lived during your reign, honoured to have sung for you and privileged to have known you. Rest in peace & rise in glory ma’am."

King Charles has now travelled down from Balmoral to Buckingham Palace with his Queen Consort Camilla, with the BBC documenting their arrival.

The country has now entered a ten-day period of mourning, with the King taking up his place as sovereign.