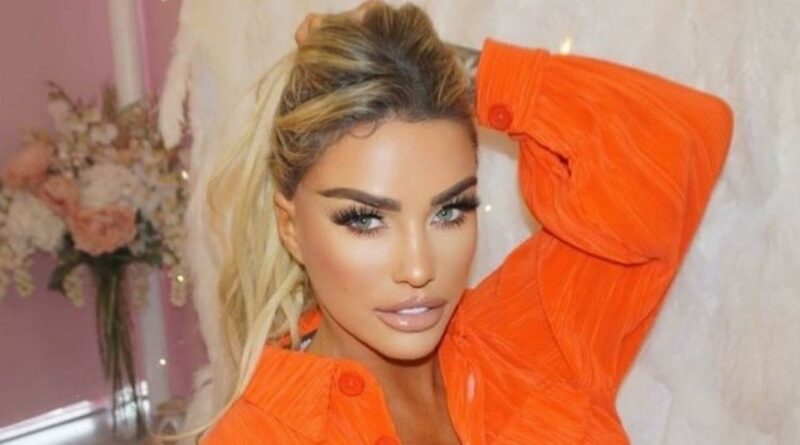 Katie Price has unveiled her plans for a new business venture in the world of beauty.

The 44-year-old former glamour model has revealed that in the new year she has grand plans to enrol on a course to learn how to administer injectable cosmetic treatments.

Planning to open a beauty salon in her annexe, Katie wants to name the clinic "Barbie and Ken" when she's all trained up – a name that she and Carl Woods coined.

READ NEXT: Katie Price shows off eye-dropping stomach tattoo as she tells fans she's in pain

Although it is not clear if she and Carl are currently together or not after she split from her fiance earlier this month.

The pair seemingly broke things off when Carl accused her of cheating but was then pictured with Katie and her youngest son Jett, sparking rumours they were together again.

Speaking to The Sunday Times about her venture, Katie, who wanted to train as a nurse in her teens, revealed the reasoning behind her career U-turn.

The model and mum-of-five spoke of her experience in the beauty industry when she said: "Botox, fillers, all that. I've had enough of them in my life to know what's good and what's not." Speaking about the name she and Carl coined for the clinic, Katie revealed that the pair had planned to embark on the venture together.

Noting the trademark regulations attached to the Mattel brand, Katie realised that she might need to "change a letter or something to make it look different".

Elsewhere in her chat with the paper, Katie spoke of her "addiction" to cosmetic procedures. Katie got her first breast enlargement when she was just 20 years of age, a few years after a pal suggested page 3 modelling.

She went on to have an estimated 24 boob jobs, which is a number she revealed earlier this year when it was reported she was on her 13th.

While in Thailand in the summer, the model took to her Instagram stories where she said: "They say my 13th boob job more like 24th boob job."