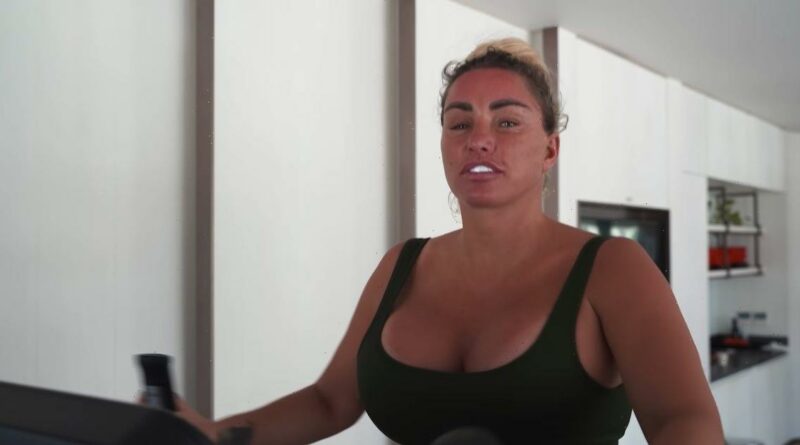 Katie Price has hit back at a cruel troll online who told her how her cosmetically enhanced chest makes her look "fat".

The 43-year-old – who has recently recovered from her 14th breast surgery – took to Instagram to hit out at the awful comment as she branded the online user a "total b****."

Furious at the hateful comment, the mum-of-five shared a screenshot of the exchange online as she launched into a foul-mouthed tirade at her follower on social media.

As seen in the screenshot, the troll cruelly messaged the former glamour model: "Honestly them boobs make you look really fat."

It was at this point that Katie replied to the hurtful comment in what appeared to be her direct messages on the social media platform.

And Katie wasn't hesitating to clap back at the troll's appearance, either, in an equally mean response.

She wrote: "I’m a healthy woman who’s had five children, so who gives a s**t what you think. I am 43, not 22 and your face makes my dog look attractive."

The star wrote atop of the image: "What a total b****. Go back in your box," as she shared it with her 2.7million followers online.

The OnlyFans star revealed her impressive bus during her romantic getaway to Thailand with fiancé Carl Woods as she strutted around the beach and luxury resort in a series of tiny bikinis.

She also showed off her new figure after she underwent liposuction to have fat removed from her bottom while also having a breast lift at the BeClinic in Brussels.

Katie previously opened up to The Sun about the excruciating pain she goes through each time she has breast surgery.

She told the publication: "If I'm honest with you, if there’s no pain, there’s no gain. Is it painful? The first surgery I had was uncomfortable.

"The price of beauty is sometimes you have to go through pain," she confessed.

It comes after the starlet dropped the price of her OnlyFans subscription by 50% in an attempt to draw in more punters to the x-rated platform.

The ex-glamour model has even promised to post images of herself naked on the social media platform which runs on a subscription basis that means only followers that sign up and pay a fee can access the exclusive content posted by the account owner.